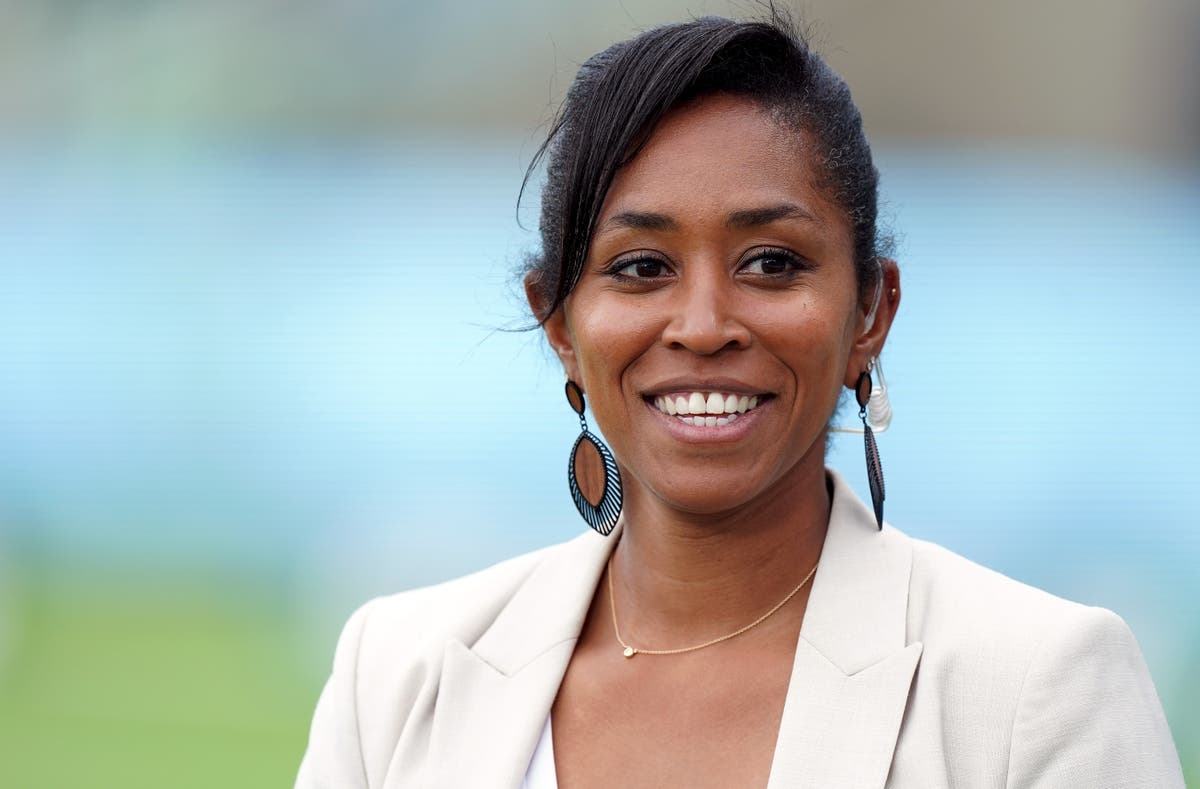 Ebony Rainford-Brent, former England cricketer and now a broadcaster, shared a picture on Twitter of receiving a racist hate letter from an unknown person. In the letter posted by her on Thursday, Ebony was told to 'leave our country'. The incident happens just days after former Yorkshire player Azeem Rafiq had appeared before a parliamentary panel to give evidence on facing racism at his former county club.

"Interesting. (Thinking face) Born in South London but apparently I was found naked in Africa as a primitive (Face with tears of joy) Had some letters in my time but this one up there!" wrote Ebony in her reaction to the picture of the letter.

The handwritten letter, written with black pen and blue marker, was full of expletives and racial slurs. It included sentences like 'white cricket culture is white culture' and 'who invited you to my country?'. It also described Ebony as 'illiterate' and 'primitive' before ending with 'Leave now. Go. Go today!'

Interesting…🤔 Born in South London but apparently I was found naked in Africa as a primitive 😂 Had some letters in my time but this one up there! pic.twitter.com/Z4QhATia1B

The 37-year-old Ebony represented England in 29 matches between 2001 and 2010. She was a member of the England team that won the Women's Cricket World Cup and the Women's T20 World Cup in 2009. She was the first black woman to play for England women's team and is currently the director of women's cricket at Surrey apart from being a regular cricket broadcaster for Sky Sports and BBC. Ebony is also the chair of ACE Programme, which aims at increasing cricket opportunities for young black players.

Earlier, this year, Ebony was awarded the MBE in the Queen's birthday honours list for her services to the sport and charity. Last year, she, along with former West Indies cricketer Michael Holding, had discussed racism and the Black Lives Matter campaign in a moving episode for Sky Sports.

Disgusting. Cricket is very lucky to have you Ebony. Hope you’re going ok.

Former England left-arm spinner Monty Panesar said: "This is utterly repulsive. We are with you Ebony."

England opener Tammy Beaumont stated, "This is utterly disgusting Ebz. I'm sorry you had to receive something so foul!" while former West Indies captain Darren Sammy said, "Disgusting (Face vomiting emoji) but hey that can't stop you or your shine girl. You're that star that never fades."

This is utterly repulsive. The lowlife who actually finds it within himself/herself to formulate such revolting thoughts needs sectioning. Ebz, don't dwell on this rubbish for a moment. Your shining light continues to dazzle. Your beam of light continues to inspire. 👊👏❤️ https://t.co/t4JrDhT6TE