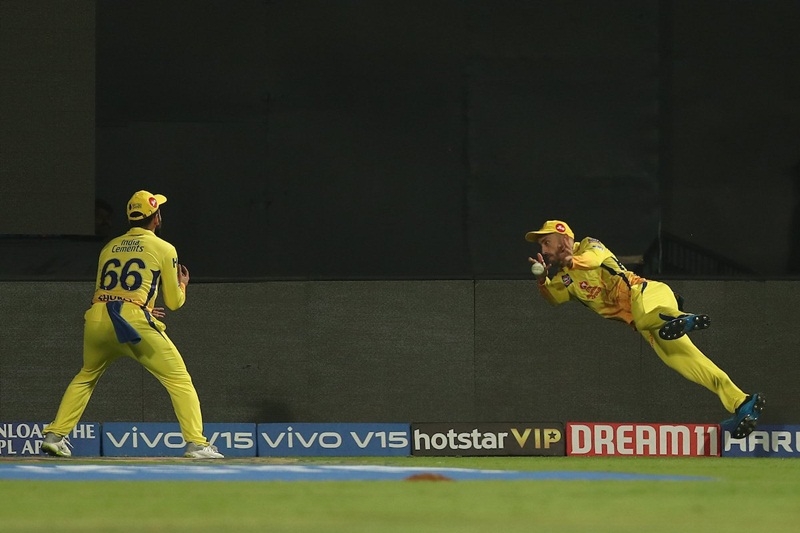 MS Dhoni’s hilarious batting overshadowed everything in yesterday’s IPL 2019 clash between Chennai Super Kings and Royal Challengers Bangalore, but there was another moment which delighted everyone. In the first innings, Faf du Plessis and Dhruv Shorey teamed up to take a marvellous catch near the boundary to dismiss Marcus Stoinis.

In the 17th over of Imran Tahir, Stonis hit a long shot over mid-off where Faf was fielding. The shot would have gone for a maximum but Faf ensured that it turns into a wicket. Faf caught the ball and before falling at the boundary, he threw it to Shorey well in time who grabbed it nicely. Both the players combined together to execute a fielding masterpiece through a relay catch at the boundary. Have a look.

The Aussie all-rounder was going great but the catch halted his innings in the match. Stoinis could only score 14 runs off 12 balls. Chasing 162, CSK fell short of just one run in the end to lose their away game against RCB. Dhoni played a remarkable innings of 84* runs hitting three sixes of the final over. He, however, missed to touch the final ball on which CSK needed 2 runs. A run-out on the last ball ended in RCB’s victory by one run.