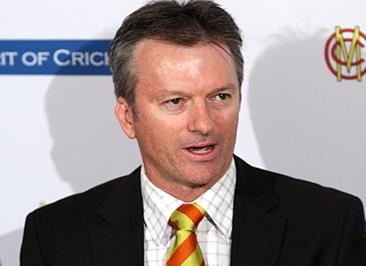 Sydney: Australian cricket great Steve Waugh has backed calls from fellow former Australian Ricky Ponting and West Indies legend Michael Holding for cricket chiefs to rid Test cricket of the toss. Under Ponting’s proposal, suggested during the recent Ashes series in England, the away side would choose who bats first in order to counteract any advantage the hosts may gain from preparing a pitch that suits them best. Waugh said he was open to the radical idea. “I don’t mind that, I think that’s not such a bad thing,” Australian Associated Press quoted him as saying late on Wednesday.  “At the end of the day I think there’s probably too much emphasis placed on the toss and the conditions away from home. I don’t mind the authorities looking at some other options.”

Holding also favours change after suggestions during the Ashes that groundsmen had been told to prepare deliberately flat pitches in order to neuter Australia’s pace attack.  “The concerned authorities must look at what Ricky Ponting suggested – no more tosses,” he said in a column for Wisden India last week. “The minor setback there in my opinion, is that tosses are big for television. It makes for good tension, everyone is focused on that coin when it’s in the air and the winning captain’s decision and so on. “But that isn’t relevant now, times have changed and interest is waning in Test match cricket. What you need to do now is to make sure you have even contests between bat and ball.

“For that, there should be no toss and the visiting captain should be allowed to decide what he wants to do after inspecting the pitch.” Despite backing Ponting, Waugh said losing the toss was not entirely to blame for Australia’s Ashes series defeat, rather their failure to adapt to English conditions had cost them dearly. “They played poorly. Their batting technique was astray from players of that calibre,” Waugh said, adding that modern cricketers should be able to perform in any conditions.