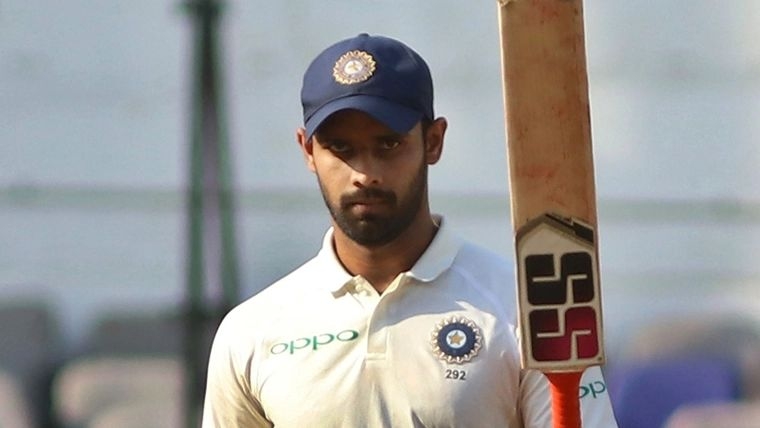 London, August 28: India fumbled on Day 4 of the third Test in a spectacular fashion as England emerged victorious by an innings and 76 runs to level the five-match series 1-1 at Leeds on Saturday (August 28). The batting collapse has also triggered the talk on what could be India's ideal combination for the fourth Test at the Oval, starting on Thursday (September 2).

Ajinkya Rahane, the India Test vice-captain played a vital knock during the second innings at the Lord's and spent crucial hours in the company of Cheteshwar Pujara on Day 4 there. However, on the either side of that knock, Rahane has failed miserably making 95 runs across 3 Tests at an average of 19 with a highest of 61 and in the batting chart Jasprit Bumrah stands above him with an average of 21. Rahane needs some heavy performance to keep his place in the 11 but has the bus already left?

India captain Virat Kohli has said India will decide the Playing 11 for Oval Test based on conditions at the day of the toss.

However, the Oval pitch is generally considered as the flattest in England. So, what could be India's options? The contenders for a place in the Playing 11 are Suryakumar Yadav, R Ashwin and Hanuma Vihari.

The visitors can think of bringing in R Ashwin as the Oval pitch could also crack as the match goes on and India could do good with two quality spinners Jadeja and Ashwin bowling in tandem from both ends. In that case, he might just come in for Ishant Sharma, who was colourless in the Leeds Test. It will also fortify India's lower-order batting.

Another possible contender to get a look in to Playing 11 is Hanuma Vihari. He can be inducted in two ways. Vihari can also replace Rahane. Vihari's inclusion will also give India another bowling option.