Eng vs Ind, 2nd Test: Sam Curran youngest player to have a King Pair in 21st century; First at Lord's 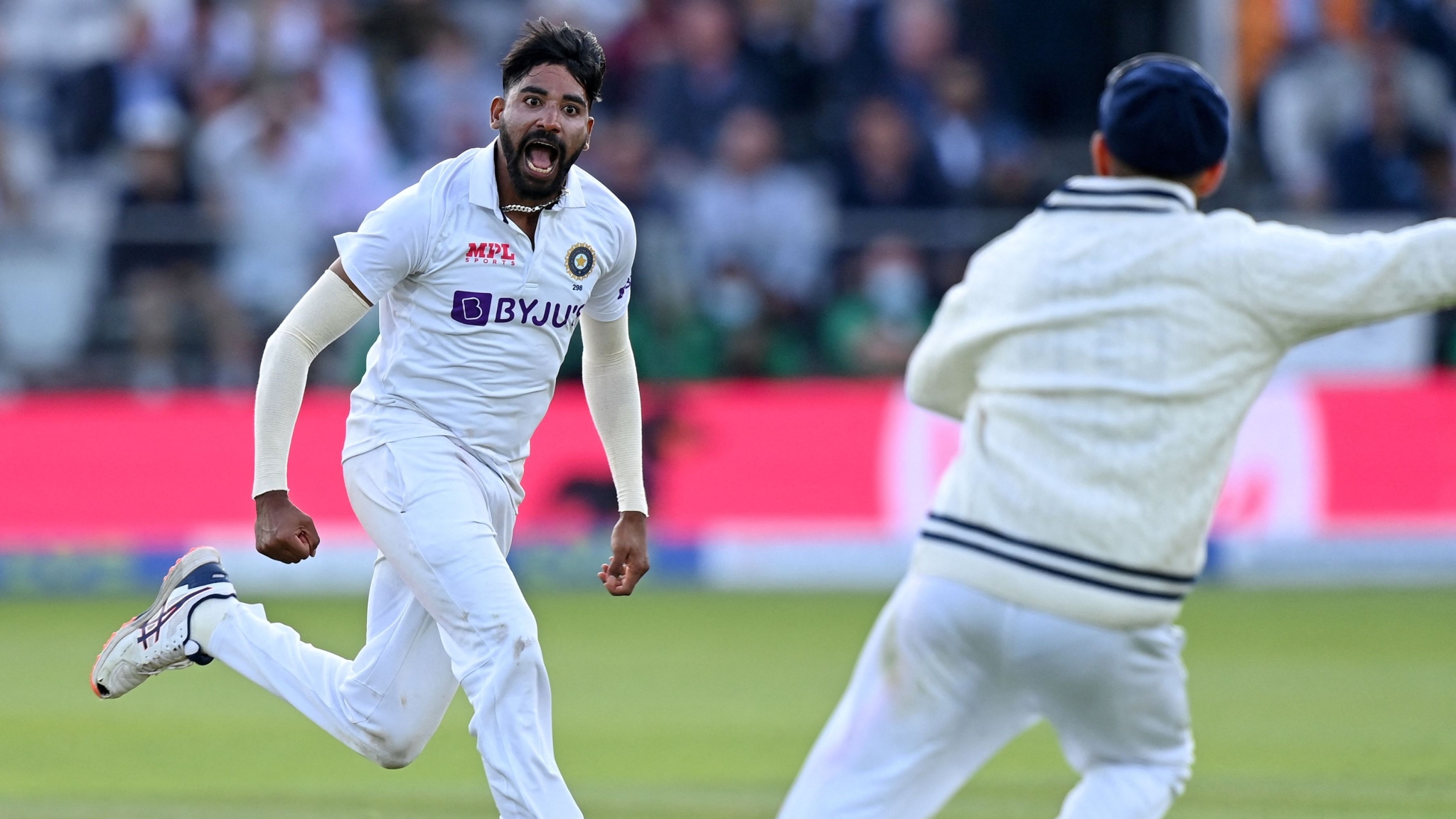 India's Mohammed Siraj celebrates dismissing England's Sam Curran for no runs on the fifth and final day of the second cricket Test match between England and India at Lord's cricket ground in London on August 16, 2021 | AFP

Thanks to exceptional bowling by Mohammed Siraj. Curran also became the youngest player in the 21st century to score a King Pair.

Indian bowlers gave another tremendous performance as the visitors were three wickets away in the final session at the moment.

India got to the flying start after Bumrah removed Burns off the third ball of the second innings. The ball took the leading edge of the Englishman and looped gently to cover. In just next over, Shami got Sibley's outside edge and Indians were all over the hosts as both English openers were gone in space of 10 deliveries.

Haseeb Hameed tried to stand the wave for England but senior pacer Ishant Sharma did the trick for visitors as he trapped him for LBW. Hameed walked back for 9 off 45.

During the last ball of the second session, Ishant again did the trick for India as he removed Jonny Bairstow (2 off 24) at the stroke of tea.

Earlier, nine balls into the post-lunch session, India captain Virat Kohli declared the visitors' second innings and set England a target of 272 off 60 overs on the final day.

India declared with a score of 298/8 in the second innings. Shami (56* off 70) and Bumrah (34* off 64) frustrated the English bowling attack throughout the final morning as they added 89 crucial runs for the 9th wicket and gave India the upper hand going into the final two sessions.