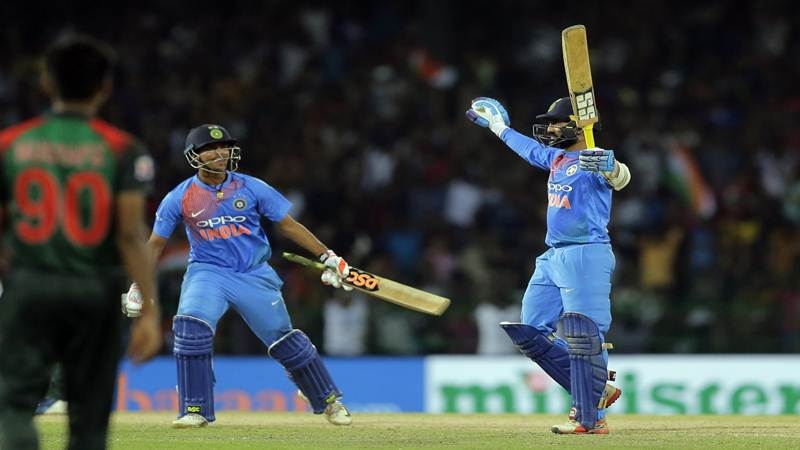 Born on June 1, 1985 in Thoothukudi, Tamil Nadu, Dinesh Karthik turns 36. Touted as the next big thing in Indian cricket, Karthik made his first class debut for Baroda back in 2002.

Consistent performances with the bat and impressive wicketkeeping technique allowed him to feature for the Indian team for the first time in 2004.

However, after an ordinary debut in the One-Day as well as Test format, Karthik was dropped from the team. Moreover, it was the rise of Mahendra Singh Dhoni which prevented the selectors from giving an extended run to Karthik.

Although Karthik kept getting chances in the Indian team, he failed to cement his place in the side. He has played as many as 94 ODIs but hasn't scored a single century. His numbers in Test cricket are also not as impressive as he would have liked.

However, with time, Karthik gained the reputation for being the 20-over specialist keeper-batsman who could finish games for his side.

India rested many of its mainstream players for the Nidahas Trophy which was played back in 2018. Up until the final game, Karthik had an ordinary tournament. However, the innings he played against Bangladesh in the finals left all of Bangladesh heart-broken and sent Indian fans over the moon.

Mustafizur Rahman's lethal bowling had reduced India to 133 for 5 after 18 overs. With Vijay Shankar struggling to time the ball and Karthik new at the crease, India looked down and out of the contest in the all important final.

However, Karthik smashed Rubel Hossain for 22 runs in the 19th over of the game and all of a sudden, the Indians were back in the driver's seat. With 12 runs needed of the last over, the onus was solely on Karthik to guide India to an unexpected victory.

After bowling 5 good ball, Soumya Sarkar, who was trusted to bowl the final over of the game, went for a wide yorker when 5 runs were needed of the final ball. Sarkar missed the mark but Karthik didn't. He smashed the ball for one of the flattest sixes of all time over extra cover and scripted one of the most famous victories of all time for India.