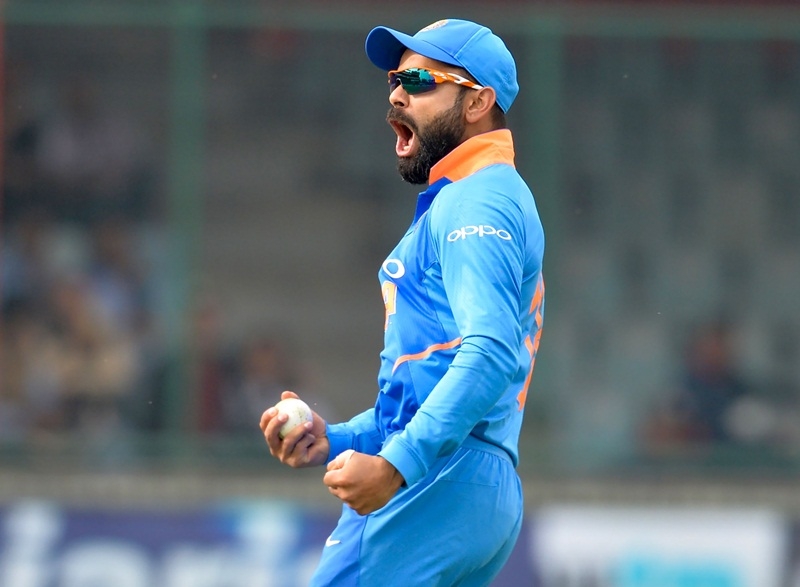 Crowd support for Virat Kohli at his home ground Delhi during the 5th ODI was quite noticeable when the people sitting in Feroz Shah stadium shouted with joy after Virat Kohli took two back-to-back catches. Crowd went crazy after Virat expressed his celebration after taking both the catches.

Virat first took catch of Usman Khawaja while fielding at extra-cover during Bhuvneshwar Kumar 33rd over. In the next over itself, Virat again took a brilliant catch to dismiss Glenn Maxwell who just arrived on the crease after Khawaja. Virat celebrated in his known aggressive style after taking the catches on both the occassion, and crowd supported him with lots of cheer. The video of the same was shared by BCCI. Have a look below.

The Indian captain was right on the money taking two back to back catches. Both right into his safe hands.

Chasing 272, India lost the 5th ODI to Australia by 35 runs, losing the five-match series (3-2) as well. Australia put up 272-9 on board after opting to bat first with Usman Khawaja’s 100, which India could not chase after losing wickets at crucial stages.