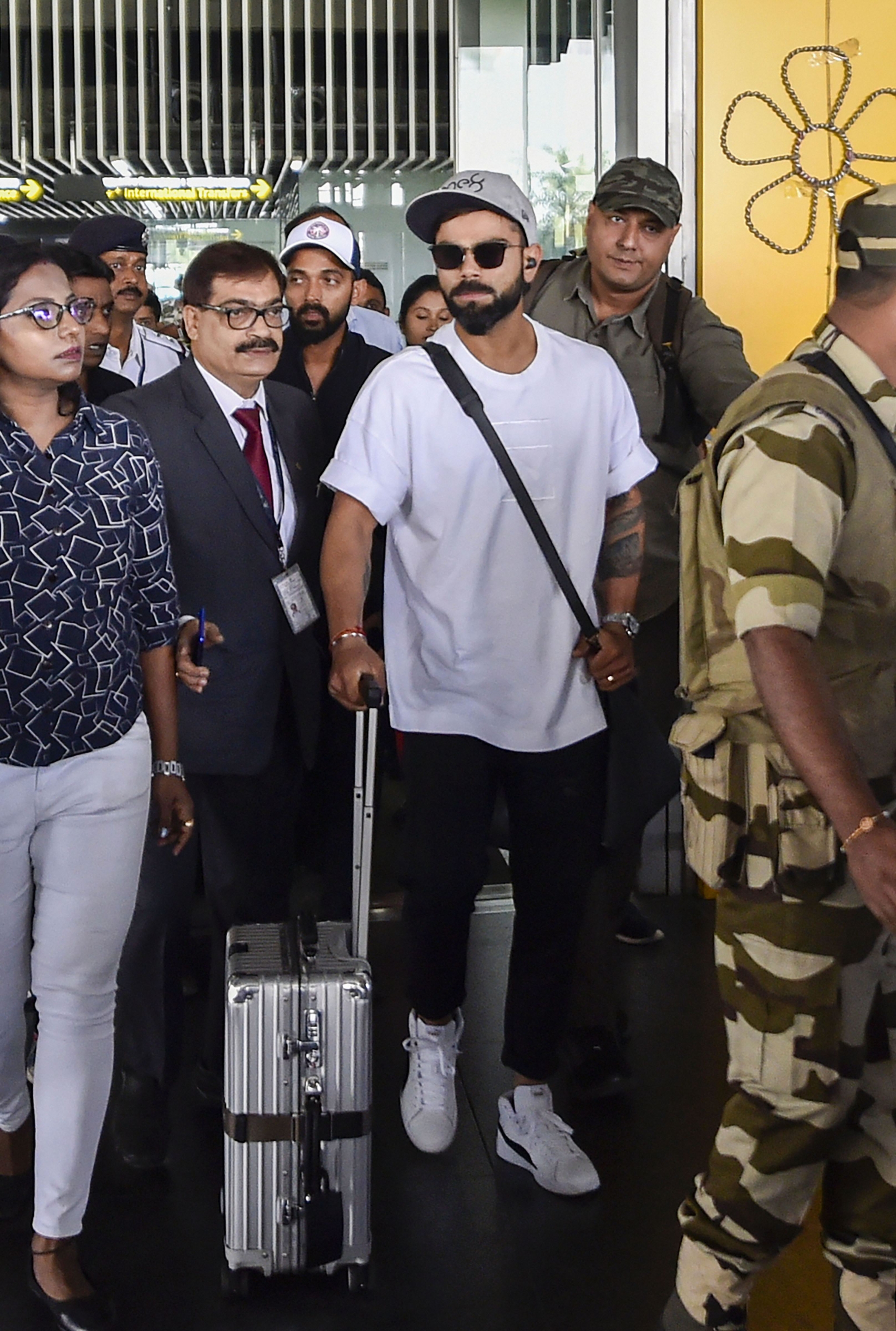 Kolkata: The Indian and Bangladeshi players stayed indoors after landing, and India head coach Ravi Shastri had to change his initial plan of dropping by at the Eden Gardens due to a delayed flight. But the buzz at historic ground was unmistakable on Tuesday as preparations were in full swing two days ahead of India's first-ever Day-Night Test.

Skipper Virat Kohli and vice-captain Ajinkya Rahane were the first to reach on Tuesday morning with the team following later in the afternoon. Ishant Sharma, Mohammed Shami, Umesh and Rohit Sharma are slated to join the team on Wednesday morning. 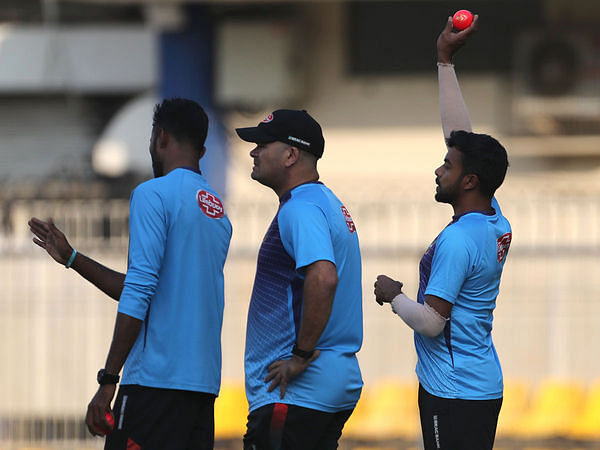 Shastri and batting coach Vikram Rathour had plans to come to the stadium from the airport but their delayed chartered flight, which also had the Bangladesh team, meant they headed straight to the hotel.

At the Eden, groundstaff were seen working overtime as the 22-yard strip remained under covers. Every corner of the Cricket Association of Bengal (CAB), which is undergoing renovation, overflowed with officials attending meetings, journalists following them for scoops and workers running against time to complete the work in time.

The Eden club house graffiti wore a pink theme, the mascot omnipresent and a pink balloon continuing to float over the colossal stadium.

The turf looked greener than usual and as the sun descended into the horizon and the floodlights came on, Eden seemed to be basking in the glow of something which has never happened before.

The day BCCI president Sourav Ganguly managed to convince Bangladesh Cricket Board (BCB) to play a Test match under lights with a pink ball, Cricket Association Bengal (CAB) secretary Avishek Dalmiya had said that they would leave no stone unturned to make the historic event a grand success.

Since that day, CAB has dished out gala plans to make the match special starting with Bangladesh Prime Minister Sheikh Hasina confirming her presence on Day 1 along with a clutch of sports stars like badminton world champion P.V. Sindhu, chess ace Viswanathan Anand, tennis sensation Sania Mirza among those to be present.

The historic match will kickstart with Army paratroopers expected to fly into Eden to hand over a pink ball each to the two captains just before the toss.

This will be followed by the ringing of the Eden Bell by Bangladesh Prime Minister Sheikh Hasina and West Bengal Chief Minister Mamata Banerjee.

During the 20-minute tea break, former captains and a clutch of sports stars will be taken out on carts making a round of the ground along the boundary lines.

During the 40-minute dinner break, CAB has organised a talk show featuring the 'Fabulous Five' of Sourav Ganguly, Sachin Tendulkar, Rahul Dravid, Anil Kumble and V.V.S. Laxman who will walk down the memory lane talking about the 2001 Test win against Australia at the same venue.

The CAB will also felicitate the team members of the first Test team of Bangladesh which took on India in 2000, a game where Ganguly made his debut as Test captain.