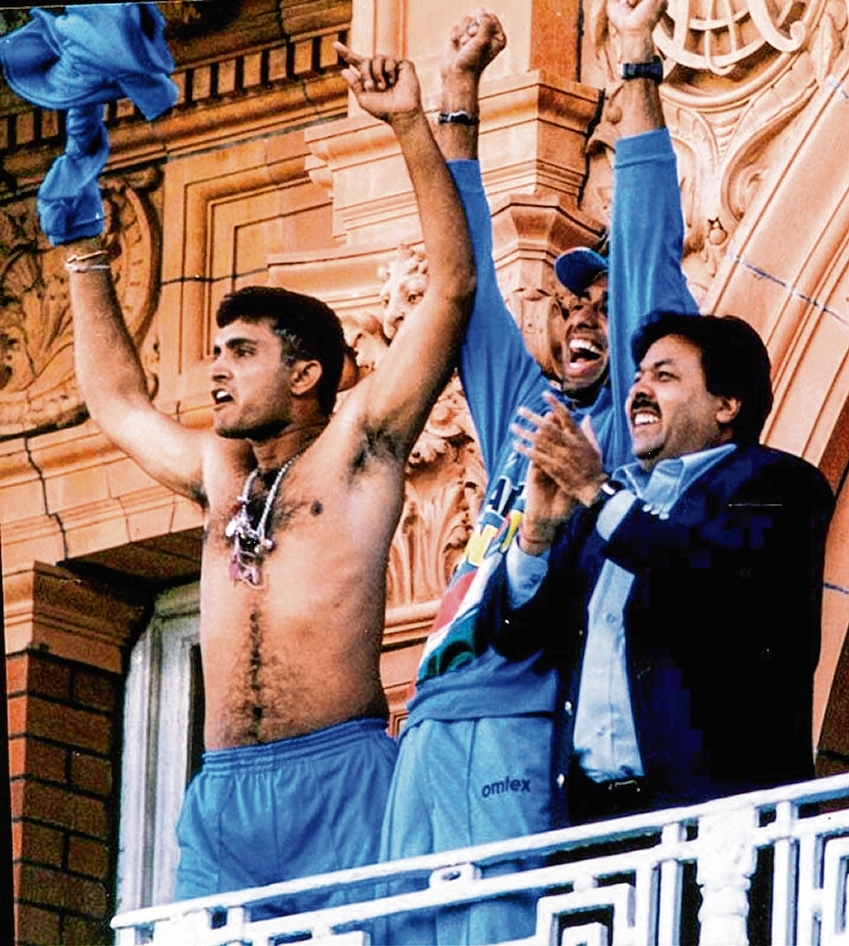 Mumbai: Clad in his captain's navy blue blazer, Sourav Ganguly on Wednesday promised a "corruption-free, same-for-all BCCI", a philosophy that, he said, guided his tenure as India skipper from 2000 to 2005.

Elected unopposed to the top position in the world's richest cricket Board, the bespectacled 47-year-old also gave enough indications that he would run the show the way he wants and is unlikely to be influenced.

Hard to miss at his maiden press interaction after taking charge was the India blazer that he was wearing. "I got it when I was captain of India but I did not realise that it is so loose. But I decided I will wear it," he said as scribes chuckled.

He will be at the helm for nine months because the Supreme Court-mandated reforms require a cooling off period after a six-year run as an office-bearer. Ganguly has already been Cricket Association of Bengal Secretary and President.

Ganguly couldn't help but recall the time he took over as team captain. The sport's integrity was in tatters that year after the 2000 match-fixing scandal and Ganguly was handed the responsibility of resurrecting it.

Resurrection is once again what is required after three years of administrative limbo, incidentally also caused by corruption -- the 2013 IPL spot-fixing scandal.

Ironically, Mohammed Azharuddin was at the centre of the 2000 scandal and will now be his Board colleague as Hyderabad Cricket Association President. The two former teammates hugged each other after Wednesday's meeting.

"Coincidentally, fortunately or unfortunately, there was a similar situation when I took over as captain and captained India for six years," Ganguly said referring to, what are widely considered, the dark days of Indian cricket.

"It's a similar sort of a situation where things need to be brought back to place, reforms need to be done, huge amount of money to be paid to state associations so it's a lot of work," he added.

Laying down his immediate priorities, Ganguly said a call to current skipper Virat Kohli is in order. "Virat Kohli is the most important man in Indian cricket, we will listen to him. I will speak to Virat Kohli tomorrow, we will support him in every possible way, whatever he wants," he said.

"We are here to work for Indian cricket. We will do that to the best of our ability," he added. Ganguly was recently caught in the conflict of interest turmoil that has plagued the game and was asked to explain his multiple roles -- CAB President and Delhi IPL franchise mentor -- by the Board's Ethics Officer.

He acknowledged the issue is noteworthy but said it won't come in the way of appointing the Cricket Advisory Committee (CAC), which handles appointments of coaches, support staff and other committees. He has himself been a part of it.

"Conflict is still an issue... (But) we have to create CAC because they will appoint a lot of selectors and other members which are important part of Indian cricket, so we will do that and we will make sure that they don't have any conflict of interest," he asserted.

The relationship with the International Cricket Council will also be in focus during his tenure and Ganguly is confident of getting India its due. "India is to get USD 372 million from the ICC in the five-year cycle. Till now we have got whatever it is and we will make sure we get our due. We will work with the ICC and take this forward," he said.

He reiterated his commitment to improving the domestic cricket structure. "The structures are there, the tournaments are there. In the last three years the matches have doubled actually. When I played for Bengal and some of my colleagues played for the other states there were about 1000 games to be played at. Now there are 2000 games between states and the affiliates.

"So we have to account for it. We have to make sure the best tournament in the country is competitive, and it remains important to everyone now because that's where you get the Kohlis and MS Dhonis, Ajinkya Rahanes and Rohit Sharmas of Indian cricket," he said. In the end, Ganguly said it is about respect and everybody would get that, "Till the time I am around."

Clad in his captain's navy blue blazer for the official ceremony, Sourav Ganguly, who had pulled the Indian team out of the match-fixing turmoil in 2000, will now have to do the resurrection work all over again as the BCCI President after three years of administrative limbo and the IPL spot-fixing scandals.

- BCCI president Sourav Ganguly needs no introduction but the four other office-bearers who were elected unopposed here on Wednesday do. Following is the synopsis of their journey in cricket administration.

- Jay Shah, secretary: The 31-year-old is the youngest office-bearer in the BCCI. Jay, who is Home Minister Amit Shah's son, has been with the Gujarat Cricket Association (GCA) since 2009. He was elected GCA joint-secretary in September 2013.

- Arun Singh Dhumal, treasurer: He too hails from a political family with his elder brother Anurag Thakur currently being a Minister of State (Finance and Corporate affairs). Thakur was removed as BCCI president in January 2017. Dhumal, 44, served as vice-president of Himachal cricket body, HPCA between 2012 and 2015 when Thakur was its president. Dhumal also led a three-member ad-hoc committee which was formed to run HPCA in the wake of Lodha panel recommendations to reform Indian cricket. He also has the experience of representing HPCA in the BCCI.

- Mahim Verma, vice-president: His father P C Verma has served as secretary of the Cricket Association of Uttarakhand (CAU). Mahim, 45, himself was CAU's joint-secretary for 10 years until September when he was elected the association's secretary, soon after the body got BCCI's recognition.