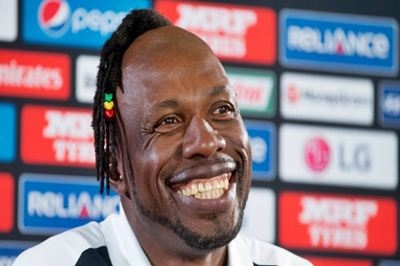 Sydney: Former West Indies fast bowling great and current bowling consultant Curtly Ambrose has called on his under performing side to show more intent and move forward after suffering a humiliating 10-wicket loss to Cricket Australia XI ahead of the three-match Test series.

Ambrose, one of the menacing bowlers of all-time, said that he had told the squad that such kind of performance was unacceptable and asked the team that if they were going to struggle against an under-19 team then how do they expect to compete against a strong Australian line-up, the Sydney Morning Herald reported.

The 52-year-old also took a swipe at those critics who predict the current squad doesn’t stand a chance against the mighty Australians in the series starting on Thursday.

He said that West Indies are going to perform much better than what their critics were predicting.

Ambrose believes that the team was in transition and said that he had seen some improvement in their bowling unit.

Eighth-ranked West Indies will take on third-ranked Australians in the first Test match to be played in Hobart.