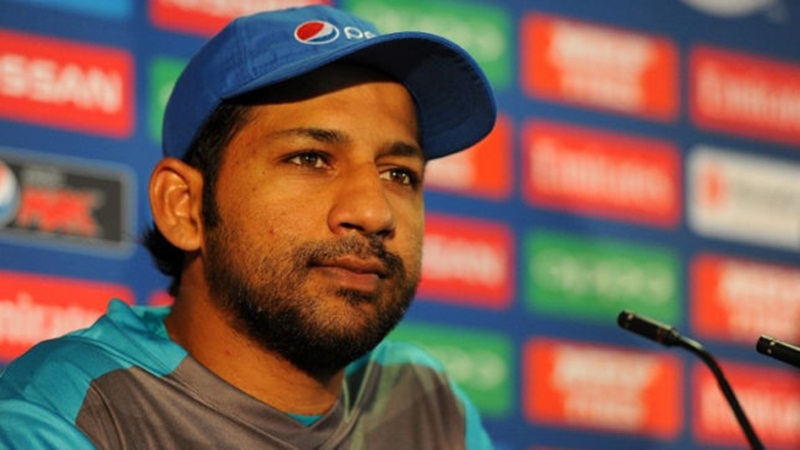 Pakistan cricket captain Sarfraz Ahmed may face serious trouble as he was caught making a racist comment to an opponent player during the 2nd ODI between Pakistan and South Africa. Sarfraz made a racist comment to South African’s player Andile Phehlukwayo when the latter was batting. The incident happened in the 37th over of the second innings when SA were chasing 203-run target set by Pakistan.

On Shaheen Afridi’s delivery, Phehlukwayo played a shot to deep fine leg and took a single. Post this, Sarfraz was caught on stump mike as saying, “abbay kaale teri Ammi kahan bethi hoyi hain aaj, kya parhwa kay aaya hai aaj” which leterally translates to “Hey black guy, where’s your mother sitting today? What (prayer) have you got her to say for you today?” Watch the video of the incident below.

Even the commentators heard Sarfraz’s comment. Mike Haysman asked Ramiz Raja, “What’s he saying there Ramiz?” to which Ramiz replied, “Difficult really to translate that. It’s a big long sentence. It looks like he wanted to say the players is quite lucky.”

The comment was not digestible among cricket fans who criticised Sarfraz for his racist comments. People took to Twitter to condemn this act of Sarfraz. Below are some of the comments.

Sarfraz’s racisim caught on the stump mic might be the greatest blessing for this team.

It was for stump mic consumption. Clearly, he didn’t think it was racist. Thought it would be funny if the viewers pick it up. https://t.co/uj5ppXjlmn

What Sarfaraz was caught saying on stump mic is what cricketers should be banned for, he is the captain ffs. What a shitty leader of that side. Racist comments are treated in a harsh manner in all sports, Cricket should be no different. Ban him. #SAvPAK

Just hearing about what Sarfraz said on the stump mic, which I somehow missed during the game.

Very disappointed. Shame that this is what we have to talk about after a good game, but now that it’s happened, it does need talking about at length. #SAvPAK

The comment can lead the Pakistani captain to serious trouble as ICC is very strict on the issue of racism. If determined as an offence, the punishment may be harsh and can be stricter than the punishment taken in this regard in the past.
The ICC’s ‘Anti-Racism Code for Participants’ describes the offence as “engaging in any conduct (whether through the use of language, gestures or otherwise), which is likely to offend, insult, humiliate, intimidate, threaten, disparage or vilify any reasonable person in the position of a Player, Player Support Personnel, Umpire, Match Referee, Umpire Support Personnel or any other person (including a spectator) on the basis of their race, religion, culture, colour, descent, national or ethnic origin”.