Aesha made the announcement via a Instagram post which started with "I THOUGHT DIVORCE WAS A DIRTY WORD UNTIL I BECAME A 2 TIME DIVORCEE."
IANS 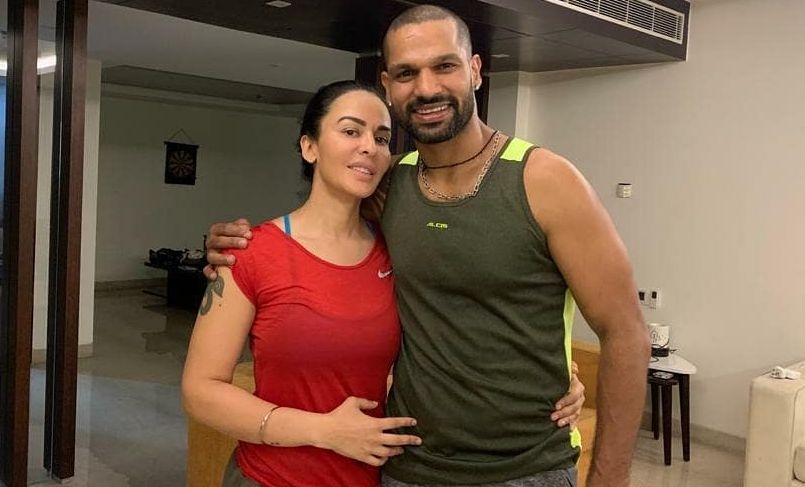 Mumbai: Indian cricketer Shikhar Dhawan and his wife Aesha Mukerji have separated after eight years of marriage, according to an Instagram post made by Dhawan's wife. They have a son named Zoravar.

Aesha made the announcement via a Instagram post which started with "I THOUGHT DIVORCE WAS A DIRTY WORD UNTIL I BECAME A 2 TIME DIVORCEE."

The Melbourne-based Aesha was married to an Australian businessman earlier and has two daughters from previous marriage. She and Dhawan got engaged in 2009 and married in 2012. Aesha is an amateur kickboxer.

"Funny how words can have such powerful meanings and associations. I experienced this first hand as a divorcee. The first time I went through a divorce I was soooooooo f**kn scared. I felt like I had failed and I was doing something so wrong at that time," Aesha said in the post.

She went on to write, "So now imagine, I have to go through it a second time. Woooahhhhhh. That is terrifying. Being divorced once before already, felt like I had more at stake the second time round. I had more to prove. So when my second marriage broke down it was really scary. All the feelings I felt when I went through it the first time came flooding in. Fear, failure and disappointment x 100."

Aesha's Instagram post later went on to offer help to women who were struggling to cope with divorce.