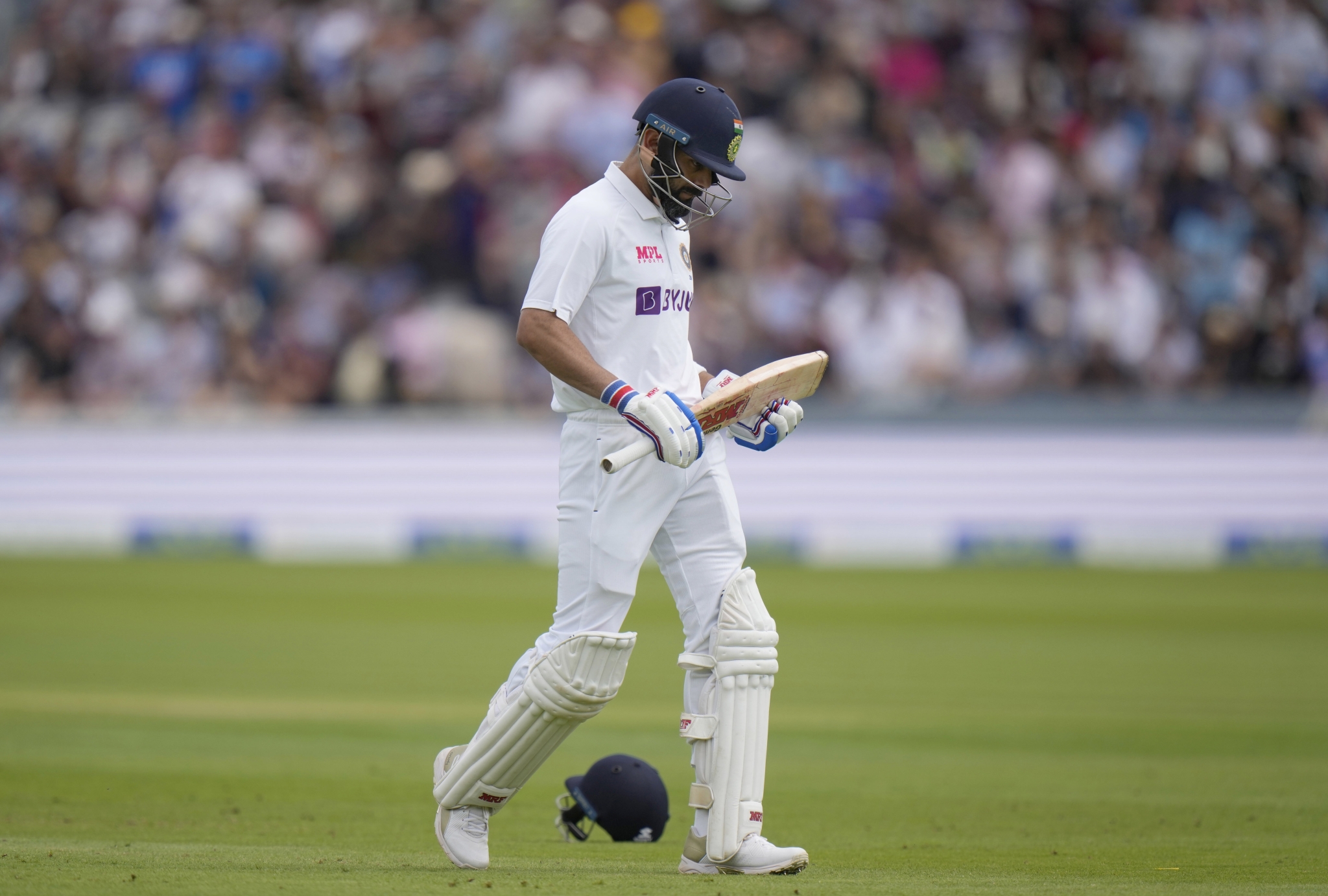 London: India's Virat Kohli walks form the pitch after being given out caught behind off the bowling of Englands Sam Curran during the fourth day of the 2nd cricket test between England and India at Lords cricket ground in London, Sunday, Aug. 15, 2021. | AP/PTI

LONDON: Frayed nerves got the better of skipper Virat Kohli and England pacer James Anderson on day four of the second Test match at Lord’s. The incident took place when India were struggling at 41/2 in the second innings, when a furious Kohli, standing at the non-striker's end, was heard exchanging words with the veteran pacer.

In the video of the incident, which has since gone viral on Twitter, Kohli can be heard saying: ‘‘You swearing at me again are you? This isn’t your fu**ing backyard.’’ Anderson too keeps muttering under his breath during his run-up with Kohli not inclined to let go. “Chirp chirp chirp. This is what old age makes you,” the Indian skipper finally told the veteran, possibly touching a raw nerve.

It all started on Saturday with Anderson being peppered with some short bowling when he was batting; on Sunday, he got the ball and was is no mood to be charitable. Meanwhile, Kohli had to bear the ignominy of India losing both the openers. As pressure piled on him, the calm façade gave away.

Kohli was dismissed on 20 by Sam Curran towards the end of the 1st session. The Indian captain fell to Curran in a very similar fashion as he poked at a delivery well outside off stump. It took his outside edge and wicketkeeper Jos Buttler took the catch, sparking wild celebrations among the England players.