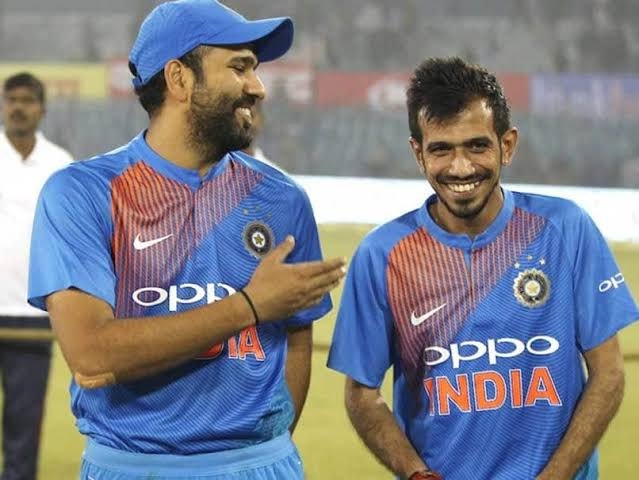 Rohit Sharma might be a senior player in the Indian team but when it comes to conducting interviews, he is still behind Yuzvendra Chahal as the wrist-spinner called him a "youngster" .

"Good job by New anchor Rohitaa Sharamaaaa," Chahal tweeted in response to the video shared by BCCI, before cheekily adding "keep it up youngster"

It is usually Chahal who takes on the mic in his popular gig 'Chahal TV' but since the leggie was not part of the Test squad, opener Rohit took over.

Ishant and Umesh claimed 5-wicket hauls in Bangladesh's first and second innings respectively as India beat the visitors by an innings and 46 runs.

This was India 12th consecutive home series victory as they also became the first team ever to complete four successive innings victories in the five-day format. India had won the first rubber by an innings and 130 runs.

Virat Kohli,s men, who sit pretty at the top of the ICC World Test Championship with 360 points, won the first Test by an innings and 130 runs in Indore.