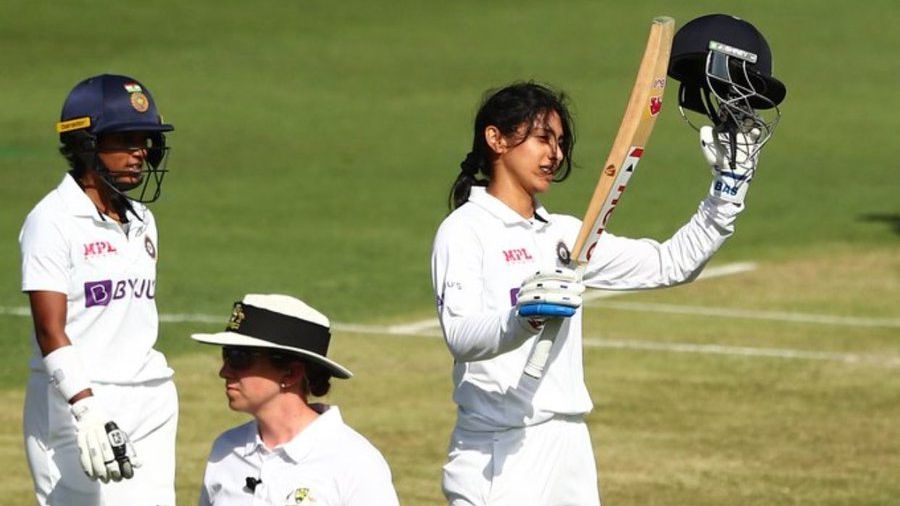 India opening batter Smriti Mandhana has said that the biggest highlight in 2021 for her was the century she scored against Australia in the day-night Test. Mandhana had completed her century against Australia in 170 balls and the innings was studded with 19 fours and one six. This was her first century in the longest format of the game.

"I do not think there was anything better in 2021 for me than the century in the day-night Test against Australia. In 2021 the highlight for me was that century. From the point the day-night Test was announced, I was really excited, I had a pink-ball in my bag. I was nervous to go out there to bat as I did not know what to expect," Mandhana said.

Mandhana was last seen playing for the Sydney Thunder in the recently-concluded Women's Big Bash League (BBL). In a game against Melbourne Renegades, she also went on to score 114 runs.

"Definitely, I was really surprised with the way Women's Big Bash League (WBBL) was followed in India. Since I have come back to India, I have been hearing stories, people have been asking me about the performances in WBBL. 8 players played in the WBBL this year and it will help the Indian team going forward. I think we are growing every year and hopefully we keep on growing as a team," said Mandhana.

Talking about her stint with Southern Brave in the inaugural edition of the Hundred, Mandhana said: "Hundred tournament, we all were confused with what to expect. I was skeptical about it and I did not know how it was going to be. But when we played, it was actually quite fun and when I watched the other matches also, it was a good product.

"I am sure the format was entertaining and it was something that the ECB wanted. I really enjoyed playing that particular format," she added.