"This is the bat with which I scored 304 at Leeds and 244 at The Oval against England, 1934," reads the inscription on the bat.
FPJ Web Desk The bat used by all-time cricketing legend and one of the best batsmen in the world Sir Don Bradman to score a triple century against England in the 1934 ashes series was sold in an auction at an astonishing price of nearly Rs 1 crore and 90 lakhs ($250,000) making it the most expensive cricket bat in the world. 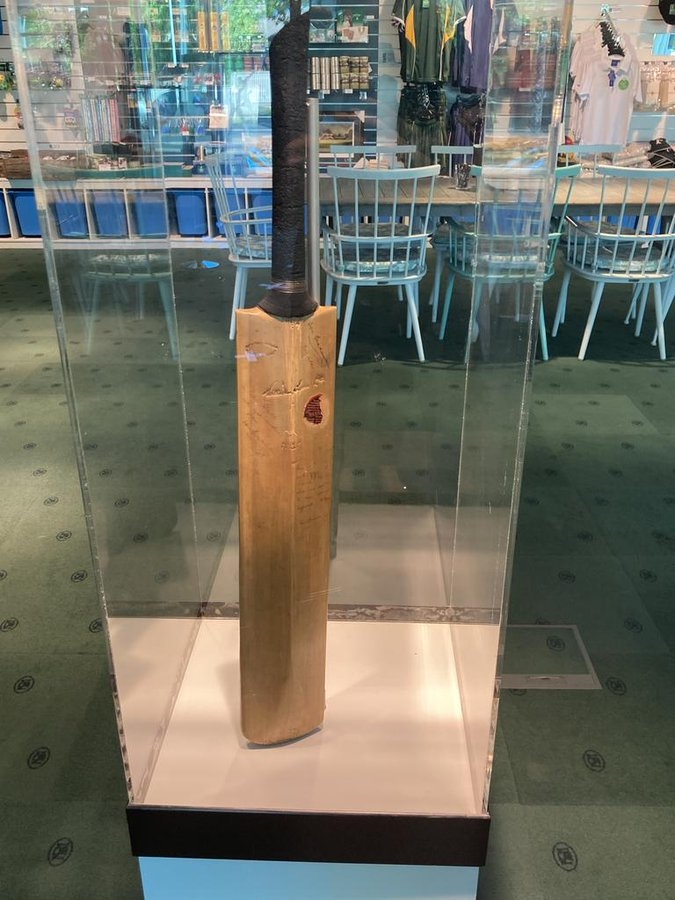 Interestingly, the bat is likely to remain at what is now known as the International Cricket Hall of Fame (ICHF) despite its private sale to an unnamed buyer. The bat has been on display at the Bradman Museum in Bowral in the NSW Southern Highlands since 1999, on loan from a private owner.

Rina Hore of the ICHF told the Sydney Morning Herald and The Age that initial inquiries from the new owner asked if the museum was still prepared to store, display and care for the bat.

“For us to be able to continue to display it shows we’ve really built the museum up into being an institution that can care for such treasured items,” Hore said. “It’s a really significant bat for Australian cricket.”

The 304 at Headingley was Bradman’s second-highest score, while the 244 was made in a record-breaking second-wicket partnership of 451 with Bill Ponsford (266). The record was later broken in 1997-98 by Sri-Lankan pair of Sanath Jayasuriya and Roshan Mahanama, who posted 576 runs against India.

According to the report, there is no reserve price for the bat. Another of Bradman’s bats sold for Australian dollar 110,000 in 2018.

Bradman unsurprisingly finished the 1934 Ashes as the leading run-scorer, scoring 758 runs at an average of 94.75 in eight innings. Australia won the series 2-1.

Bradman, who had scored 6996 runs from 52 Tests at an astounding average of 99.94, wrote his top scores from the series on the bat, including 304 at Headingley and 244 at the Oval. “Its provenance is indisputable,” museum Executive Director Rina Hore was quoted as saying by abc.net.au.