Bhuvaneshwar Kumar doesn’t use Facebook and his wife is to blame for it! 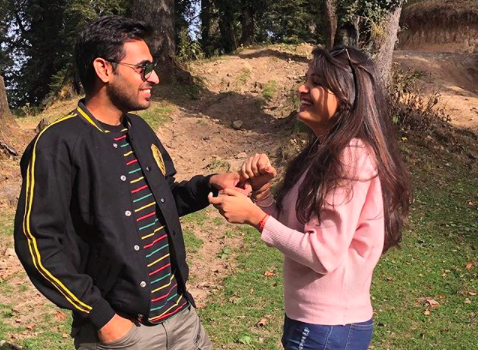 Indian cricketer Bhuvaneshwar Kumar has admitted that he has stopped using Facebook ever since his wife Nupur hacked into his account, Cricbuzz reported.

Bhuvi, as he is popularly known, was being interviewed with his wife when he made the confession.

“She asked for my password and I made some excuse. She then told me the next day that she had changed my password, and this is the new one,” Bhuvi said. “Since then I have been off Facebook.”

The couple shared some banter on the show. Nupur spoke about how she gets jealous when she sees Bhuvneshwar getting photographs clicked with female fans.

“When he clicks the picture, I keep telling him that what was the need to stand so close to her. Couldn’t you ask her to stand a little far? And then he says what I could do if they stand close to me,” Nupur said.