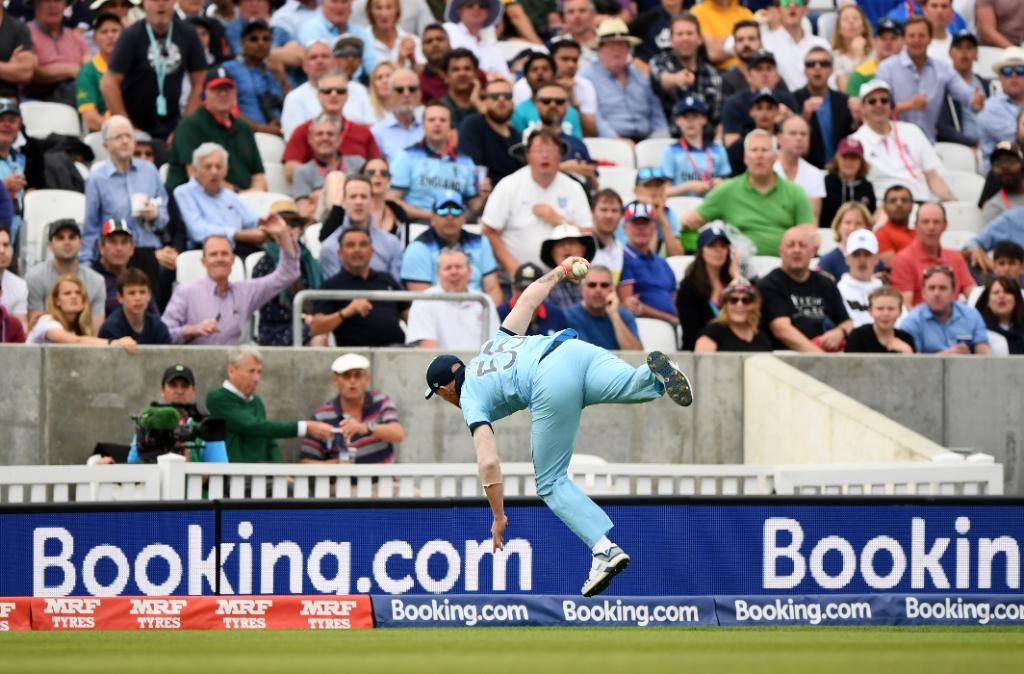 England retained their favorites tag at World Cup 2019 after defeating South Africa by 104 runs at The Oval in the opening match. Ben Stokes, who was player of the match, gave an astonishing all-round performance by scoring 89 runs and taking 2 wickets.

But the most thrilling work of Stokes came when he took a stunning catch to dismiss Andile Phehlukwayo. On the first ball of 35th over, the left-handed batman played a slog sweep shot during Adil Rashid’s bowling. Stokes, who was fielding at deep cover, jumped and grabbed the ball in his hand. It was a stunning catch and Stokes waved to the crowd after taking it. The catch created a buzz among the crowd at The Oval who started cheering after Stokes’ heroics. Have a look at the video below.

The World Cup opener looked like a one-sided affair with South African batsmen miserably failing to chase the 312-run target. South Africa had a big blow at the start after in-form batsman Hashim Amla was retired hurt after Jofra Archer’s ball hit him on the helmet and chest. Later, Quinton de Kock smacked some nice shots in his innings of 68. Rassie van der Dussen also contributed with a half-century but the Proteas remained far from getting close to the target and were all out for 207 in 39.5 overs.