BBL 11: Pakistan's Shadab Khan joins Sydney Sixers for the rest of the season 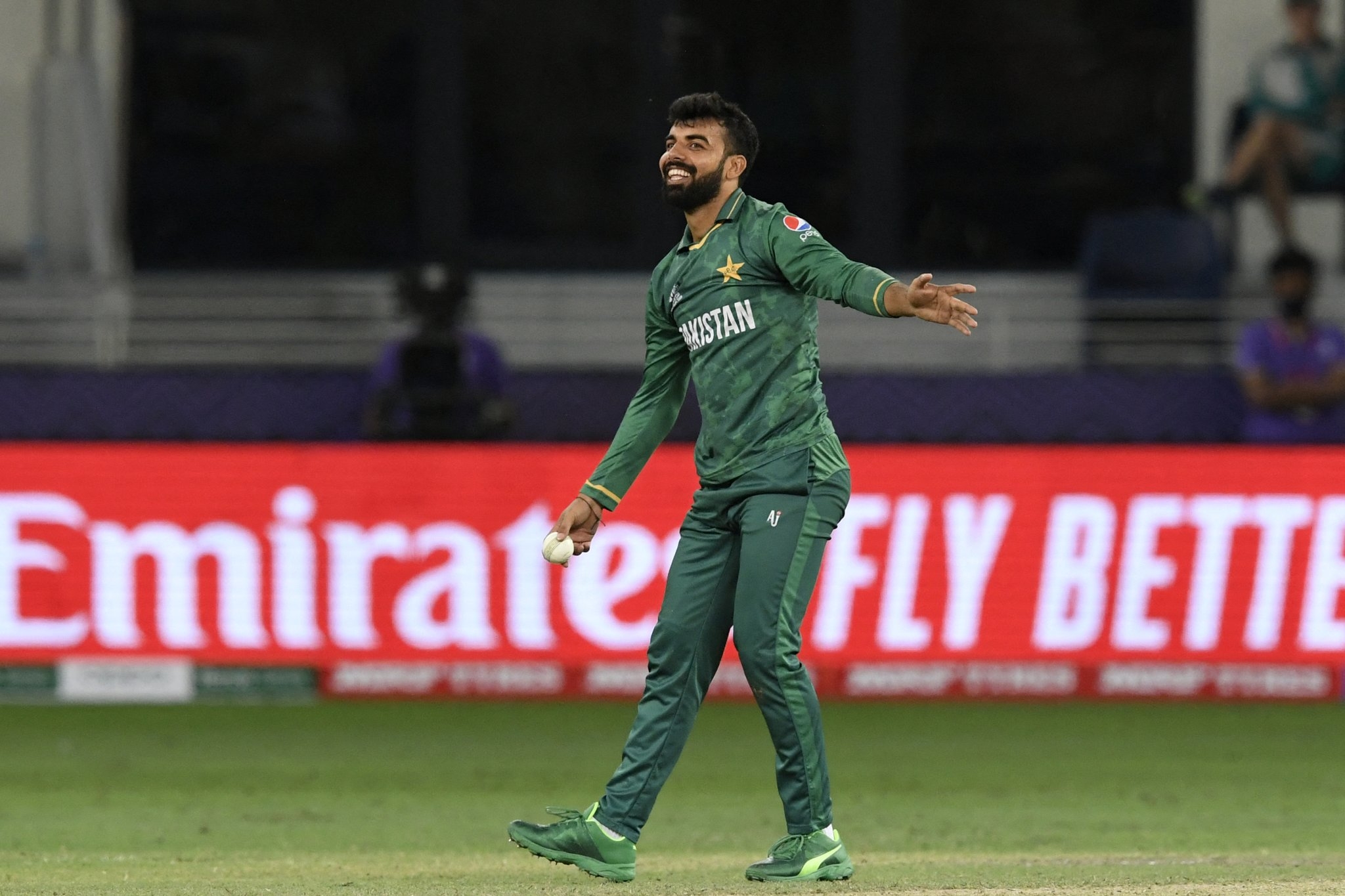 The 23-year-old Shadab made his debut for Pakistan in all three formats whilst still a teenager and now has 64 T20I matches under his belt, having taken 73 wickets at an economy rate of 7.11. He also averages 18.33 with the bat at a strike rate of 136.81.

At the 2021 ICC Men's T20 World Cup, Shadab played in all six matches for Pakistan, taking nine wickets, including a haul of 4/26 and the scalps of Dave Warner, Mitch Marsh, Steve Smith and Glenn Maxwell in their five-wicket loss to Australia.

Shadab played three matches for the Brisbane Heat in the middle of BBL07, snaring two wickets in each of his outings.

Sixers head coach Greg Shipperd was excited at the prospect of working with Shadab.

"Shadab joins us as cover for the bowlers we have lost and comes together with two other young and exciting spinners in Lloyd Pope and Todd Murphy. All three young men are still learning their craft but have shown at various levels that they can be world class," said Shipperd.

"We welcome Shadab's skills in all three facets of the game and can't wait to see him get an opportunity in coming matches," he added.

The Sixers next play the Sydney Thunder in the Sydney Smash on Boxing Day at Sydney Showground Stadium, followed by the Brisbane Heat at the SCG on December 29. They then head on a five match road trip that includes two big fixtures at their second home, Coffs Harbour on January 1 and 9.