Top Bangladesh cricketers on Monday went on strike saying that they would not take part in any cricketing activity until their pay-demands were addressed.
IANS 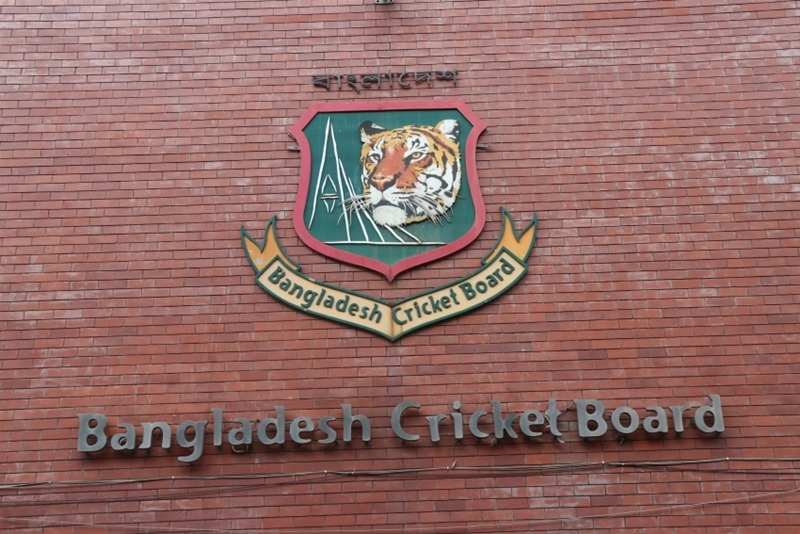 Dhaka: The ongoing feud between the Bangladesh Cricket Board (BCB) and its cricketers is resolved after the board officials agreed to "nearly most" of the demands made by the players.

Top Bangladesh cricketers on Monday went on strike saying that they would not take part in any cricketing activity until their pay-demands were addressed.

National cricketers including Shakib Al Hasan, Tamim Iqbal and Mushfiqur Rahim gathered at the BCB Academy ground to put forward an 11-point Charter of Demands announcing the strike and boycotting all cricket-related activities.

The strike, which began on October 21 with the centrally contracted and first-class cricketers, had even attracted those from Dhaka's first division league on Wednesday.

Following this, doubts were raised about the upcoming India tour as well, in which Bangladesh are scheduled to play three T20Is and two Test matches.

However, according to a report in ESPNcricinfo, the impasse between board and players broke close to midnight on Wednesday after which the Bangladesh cricketers said that they will return to the field.

Now, cricket is set to resume with the National Cricket League starting next Saturday, while the national players will participate in the preparation camp for the India series that is scheduled to start from October 25.

It was also reported that on Wednesday BCB chief Hassan and director Naimur Rahman met Prime Minister Sheikh Hasina, who had summoned Mashrafe Mortaza as well to know more about the crisis.

And it is felt that after Hasina's intervention the BCB backed off from their hardline stance and agreed to accept the demands of the players.

Two more demands were added by the Bangladesh players on Wednesday evening and the BCB has said that they will fulfil the original 11 as they were not aware of the two added demands: the BCB must share a percentage of their revenue with them and it should also ensure equal pay for women cricketers.

Addressing a presser, Shakib said that the Cricketers Welfare Association of Bangladesh has also agreed to hold fresh elections soon.

"As Papon bhai said, it was a fruitful discussion," Shakib, who leads the side in Tests and T20Is, said. "He and the rest of the directors assured us that our demands will be met as soon as possible. Based on their assurance, we will start playing the NCL and attend the training camp.

We told them that there should be (CWAB) elections swiftly. We want a representative from the current players, so that our problems can be discussed with the board regularly.

It will be the best for the players. They have agreed, and the elections will be held when we are all available. We can tell you that we are happy when the demands are implemented, but discussions have been satisfying," he added.

This announcement came a day after the BCB had lashed out at the cricketers and said that they have not put up any demands formally to them and instead used the media as a tool. BCB President Nazmul Hassan, in fact, had termed the strike as a "conspiracy".