Australia posted 580 in reply to Pakistan's first innings total of 240, with centuries from David Warner and Marnus Labuschagne.
PTI 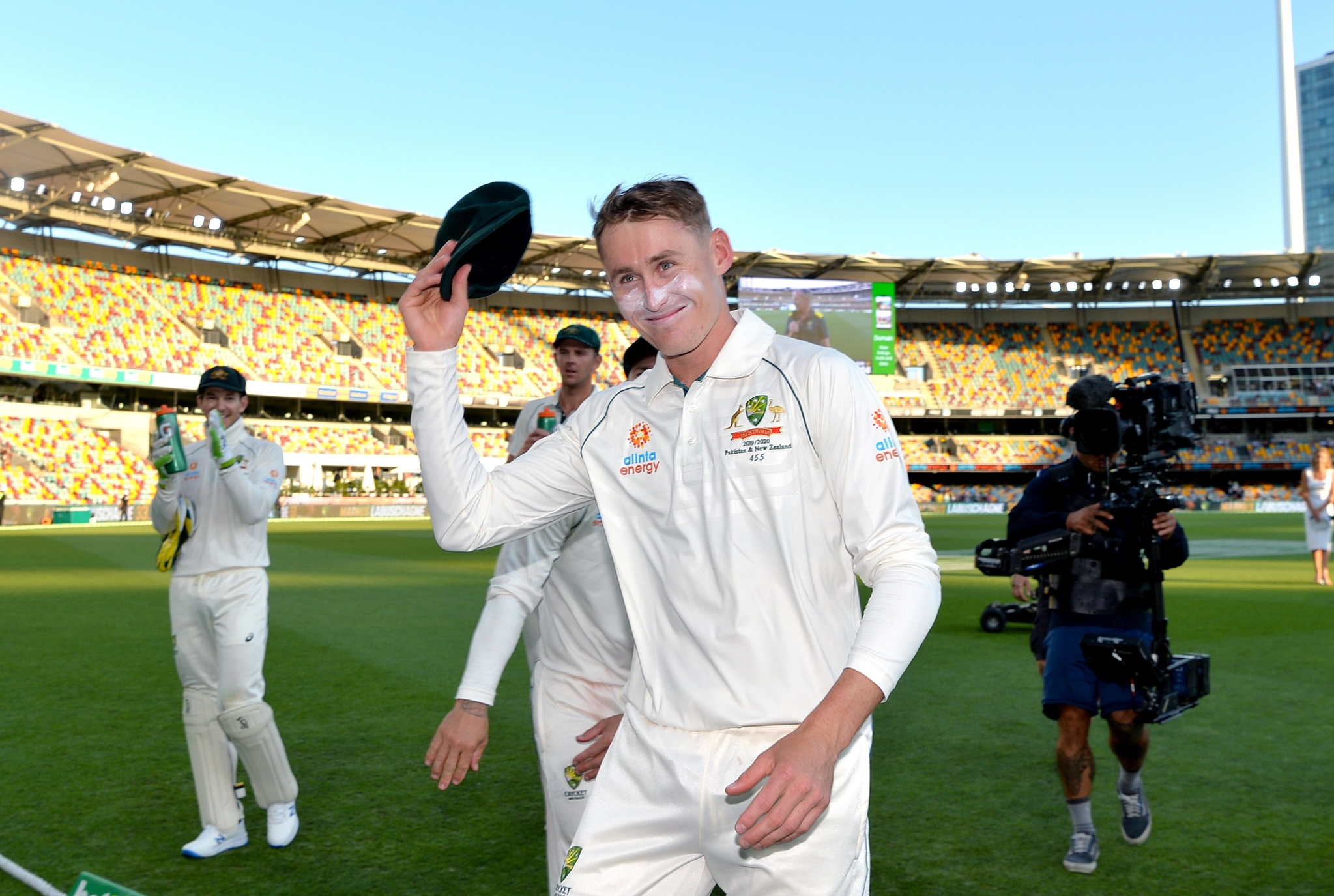 Australia look certain to take a 1-0 lead in their series against Pakistan after dominating with both bat and ball on day three of the first Test in Brisbane on Saturday.

Big centuries to Marnus Labuschagne (185) and David Warner (154) helped Australia to a first innings total of 580 in reply to Pakistan's 240.

At stumps Pakistan were in big trouble on 64 for three, still needing 276 runs to make Australia bat again.

Shan Masood was not out 27 and Babar Azam was 20 at the close.

Pakistan bowling coach Waqar Younis said later that with such an inexperienced attack at their disposal, it was only natural that there would be tough times.

"Naseem (Shah) is only 16 remember and even Shaheen (Afridi) is only 19, so of course they are going to learn a lot from this tour," he said.

"We've got to give them time and hope they learn, and in a year or so they'll be a force." Mitchell Starc did the early damage when Pakistan began their second innings, trapping captain Azhar Ali leg before for five.

He then enticed Haris Sohail to waft at a ball well outside off stump, only to get a thick edge to Australian wicketkeeper Tim Paine.

Asad Shafiq was next to fall, edging Pat Cummins to second slip where Steve Smith took a comfortable catch.

Labuschagne had earlier scored a magnificent maiden Test century in front of his home crowd at the Gabba.

The 25-year-old scored four 50s in the recent Ashes series but had been unable to convert any of those until his near chanceless innings on Saturday.

"(On 97) I was thinking 'stay patient, stay calm' but I thought if the ball was up I'd have a crack," he said of the thick edge that flew through a vacant third slip area for a boundary.

"You always think as a kid how you are going to celebrate a hundred -- that was nothing like I thought.

"My emotions took over, it was very exciting - a dream come true." Earlier, teenage pace sensation Naseem claimed his first Test wicket when he had Warner caught behind for 154.

Warner only added three runs to his overnight score of 151 when he became the 16-year-old's first scalp.

Naseem, whose pace has been impressive during this Test, eventually claimed Warner when the nuggety opener was unable to avoid a short pitched ball and edged it to wicketkeeper Mohammad Rizwan, to leave the Australians 351 for two.

But that was the last hurrah from Naseem, who appeared to be injured and only bowled four overs in the day, with Waqar conceding he had been rested Saturday to protect his young body.

The Pakistanis' hearts must have sunk when they saw Smith striding to the crease to replace Warner.

But after hitting a boundary off Yasir Shah, the leg-spinner then clean bowled Smith, the seventh time in six Test matches that Yasir has dismissed the Australian number four.

Labuschagne and Matthew Wade shared in a 110-run partnership before Wade was well caught by Rizwan for 60 off Sohail.

Sohail and Rizwan then combined to have Travis Head caught down the leg side for 24.

The Pakistan bowlers toiled hard throughout the day and were rewarded when they took the last five Australian wickets for 35 runs, with Yasir (4-205) and Shaheen Afridi (2-96) the pick.