Aus vs NZ: Josh Hazlewood ruled out of the remaining Perth Test

On Friday, Hazlewood pulled up short attempting his ninth delivery in the final session of Day Two at the Perth Stadium and immediately left the field and did not return.
IANS 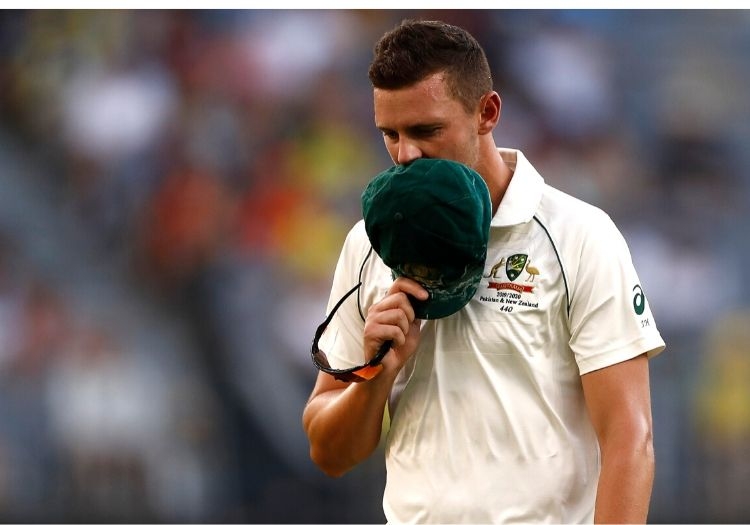 Right-arm Australia pacer Josh Hazlewood will not be bowling again in the remainder of the ongoing first Test against New Zealand due to an injury.

On Friday, Hazlewood pulled up short attempting his ninth delivery in the final session of Day Two at the Perth Stadium and immediately left the field and did not return.

Australia on Saturday confirmed that he suffered a hamstring strain and will not return to bowl again in the Test match, reports cricket.com.au. His future for the remainder of the three-Test series remains uncertain, with the right-armer's recovery to be monitored in the coming weeks.

On Friday, former Australia skipper Ricky Ponting said that he feared Hazlewood's international summer could be over when he saw the 28-year-old grimace and leave the ground.

"Looking at that I reckon it could be his summer over," Ponting said.

"Just looking at his reaction you could tell he thinks it's quite a serious one.

"The three New Zealand Test matches aren't that far apart so we'll keep our fingers crossed and hope it's not too serious.

"It's a huge blow in the game for the Aussies," he added.

Both the teams have now been reduced to 10 players each with New Zealand's Lockie Ferguson restricted to just 11 overs of bowling on the opening day of his debut Test after picking up a calf injury.