He picked up the injury during training ahead of Western Australia's Marsh Cup match against New South Wales.
ANI 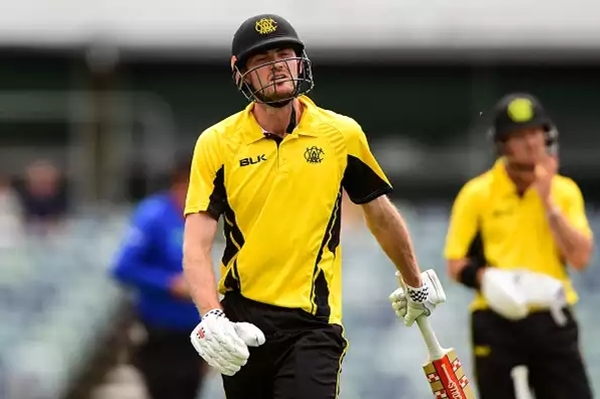 London: Australia all-rounder Ashton Turner is likely to miss upcoming T20I series against Sri Lanka and Pakistan after being ruled out for at least a month with a broken finger.

He picked up the injury during training ahead of Western Australia's Marsh Cup match against New South Wales.

"Ashton sustained a fracture to his right index finger at training this week. After reviewing the injury with specialists, he will require a period of approximately four-six weeks before being able to return to play," ESPN Cricinfo quoted WACA sports science medicine manager, Nick Jones as saying.

The 26-year-old recently made himself as a household name after showing great finishing skills in the series against India earlier this year. He was a part of Australia's record ODI run chase in Mohali.

The series against Sri Lanka is slated to begin from October 27 and it will be followed by series against Pakistan in November. Turner had a good start to the domestic season as he scored a half-century in the opening Marsh Cup match against Victoria.

He was left out of Australia's World Cup squad and then he decided to undergo shoulder surgery to enable him to field and eventually bowl to full capacity.