Nasser Hussain and Michael Vaughan have said that bowling could be a concern for England in the Ashes and that the squad isn't intimidating enough.
FPJ Web Desk 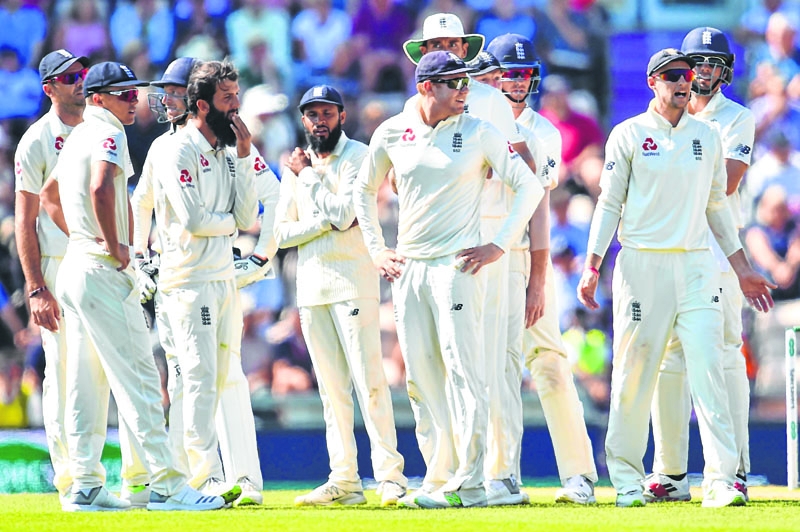 England's Joe Root (R) complain of the review decision on the wicket of India's captain Virat Kohli during the fourth day of the fourth Test cricket match between England and India at the Ageas Bowl in Southampton, southwest England on September 2, 2018. (Photo by Glyn KIRK / AFP) / RESTRICTED TO EDITORIAL USE. NO ASSOCIATION WITH DIRECT COMPETITOR OF SPONSOR, PARTNER, OR SUPPLIER OF THE ECB |

Former England captains Nasser Hussain and Michael Vaughan have expressed their concerns at the squad England announced for the Ashes at the end of the year. The current 50-over World Champions will be without ace all-rounder Ben Stokes, who is on a mental health break, and tearaway quick in Jofra Archer, who is recovering from his elbow injury.

Fast bolwer Saqib Mahmood, who was called up to England’s Test squad for the series against India but was unusued, was not picked for the Ashes, which left Hussain surprised.

“England have picked a very predictable Ashes squad, avoiding selecting any uncapped players and refusing to take any kind of risk. The two surprises for me were overlooking Saqib Mahmood and Matt Parkinson,” Hussain wrote in his column for Daily Mail on Monday (October 11).

“Saqib would have given a different element to the attack in Australian conditions with his skiddy reverse swing, in the absence of the pace of Jofra Archer and Olly Stone. And I would have gone for Parkinson's leg-spin instead of Dom Bess. I would have liked a bit of wrist spin available to me as captain - if not Parkinson, then Mason Crane.”

Hussain also wrote that he would liked to see an “in-your-face” cricketer like Liam Livingstone in the squad.

“I'd also have taken a punt on Liam Livingstone, an in-your-face, confident cricketer in the mould of Kevin Pietersen and Ben Stokes. He's someone who could take the attack to the opposition from his natural, middle-order position."

"The absence of Stokes is the biggest concern. It gives England a massive selection headache. Without someone of Stokes's all-round calibre, you are either sacrificing a batsman and creating a long tail, or muddling through with a four-man attack including a frontline spinner. With the Kookaburra ball, that is a daunting prospect."

A post shared by We Are England Cricket (@englandcricket)

Vaughan also lamented the lack of bowlers who could crank up the speed gun and blow Australia away.

“I don't think England have an attack that'll blow Australia away, I don't think they have that skill level, pace, or expertise of spin in their armoury, but if they get good runs they certainly have an attack that can wear the Australians down and potentially force the issue by building dots and bowling maidens,” Vaughan said on SEN’s Gilly and Goss show.

He also said that the hosts lack imposing batters, who can take the game away.

“You look at the Australian batting line-up; David Warner, how much longer is he going to play? In Australia, we know how much of a threat he is, but he's certainly not the player that he once was. I guess Will Pucovski will open the batting with him, a huge amount of talent but he's got that problem with the short stuff.”

"Then you've got the quality of Smith and Labuschange, but beyond that, you've got Travis Head, Cameron Green looks a superstar in the making but he's young, and Tim Paine at number seven is yet to get a first-class century.”

"I do look at this Australian side and think, 'Wait a minute. They are obviously on home soil, they're a talented bunch, but they can certainly be beaten,” the 2005 Ashes-winning captain concluded.