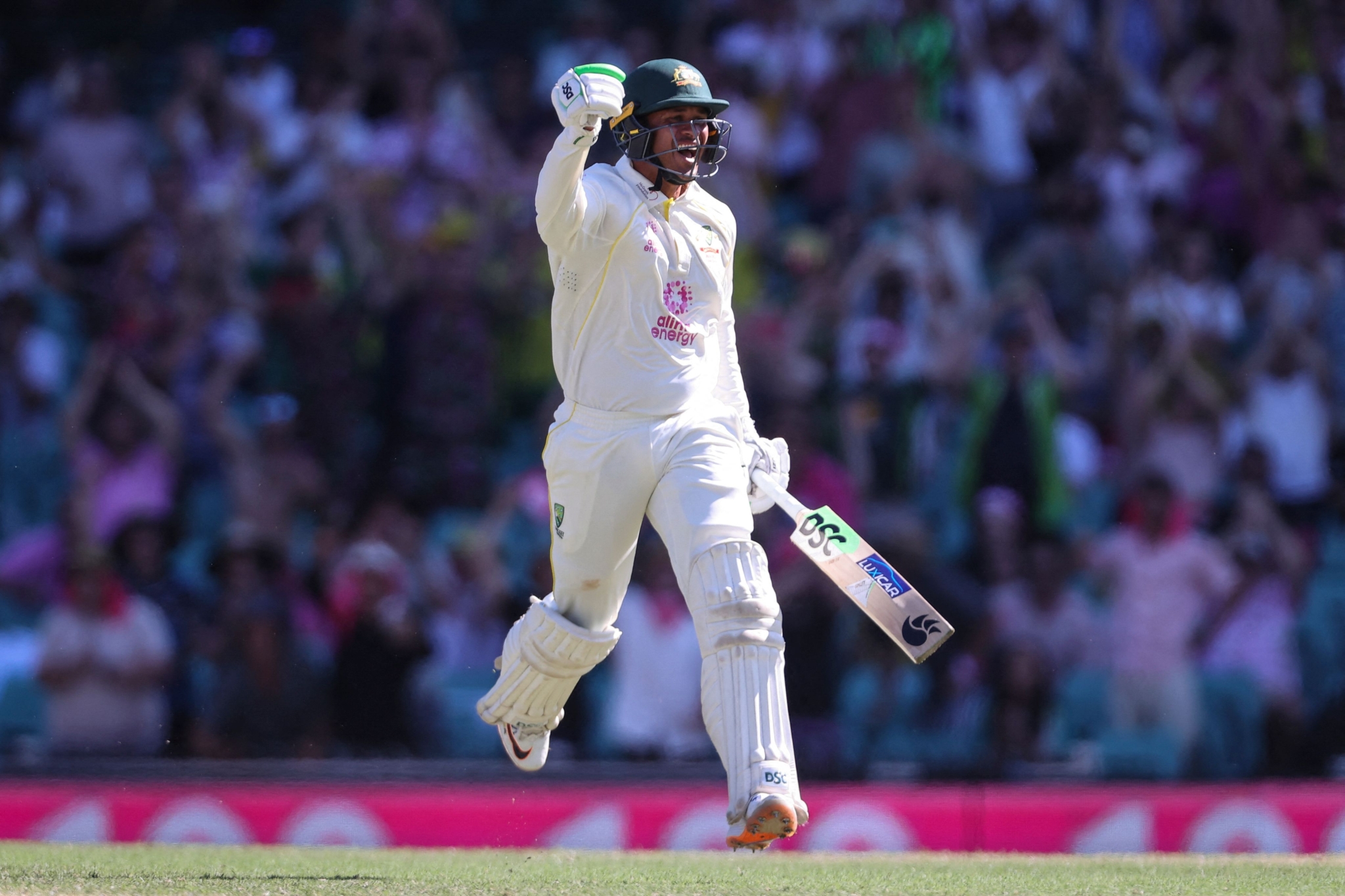 Usman Khawaja of Australia celebrates his second ton in the Sydney Test against England during the Ashes. | Photo: AFP

Australia Test skipper Pat Cummins has admitted that it will be "pretty hard" to overlook Usman Khawaja for the fifth Ashes Test following the batter's stunning comeback in the longer format.

Khawaja on Saturday became the third player in history to hit a ton in both innings of a Test match at the Sydney Cricket Ground (SCG) as he slammed a hundred against England in the fourth Ashes Test.

Khawaja was added to the Australian squad as Travis Head's replacement for the fourth Ashes Test. Cummins said selectors will work for a few days to decide who would be a part of Australia's playing XI for the fifth Test.

"I'll preface it by saying I'm not a selector, but when someone comes out and hits twin hundreds, it's pretty hard to go past them for the week after," said Cummins after the match.

Khawaja had helped Australia set a target of 388 runs for England in the fourth Ashes Test on Saturday.

Cummins lavished praise on Khawaja and said he could replace any six batters in Australia's playing XI.

"Felt like he could replace any batter from one to six. I know there's been question marks historically on him playing over in Asia but you see how well he's played spin recently - reverse sweeping, sweeping - he's just someone who's in total command of his game. That's why you love experience," said Cummins Khawaja had scored 137 runs in the first innings as Australia declared the first innings of 416/8.

In the second innings, Australia scored 265/6 before declaring on Day 4 of the fourth Test on Saturday.

On Sunday, Stuart Broad and James Anderson batted out the final two overs on Day 5 as the fourth Ashes Test between Australia and England ended in a draw here at the Sydney Cricket Ground.

The five-match series stands 3-0 in favour of Australia and the fifth game will begin on Friday in Hobart and it would be a day-night contest.