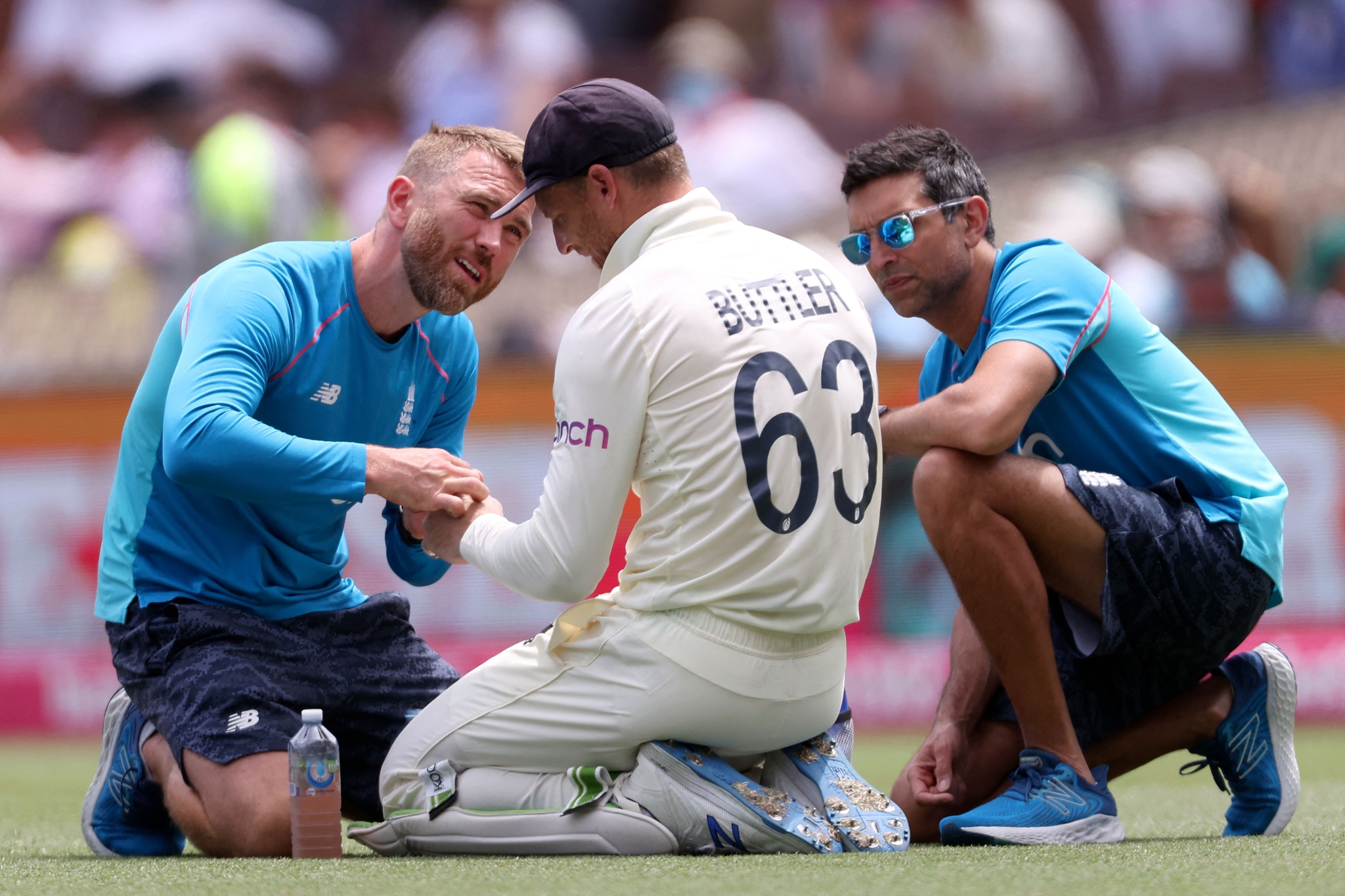 Jos Buttler of England receives attention after injuring his hand during the Sydney Test against Australia during the Ashes. | Photo: AFP

England skipper Joe Root on Sunday confirmed that Jos Buttler is ruled out of the fifth and final Ashes Test after sustaining a blow on his hand in the recently-concluded fourth Test at the Sydney Cricket Ground.

Root's confirmation came after England survived by the slightest of margins to walk away with a draw in Sydney.

"Jos Buttler is going home after this game, it's quite a bad injury. Real disappointment and shame to not have him at Hobart. The way he stood up for the team shows his character," said Root after the fourth Test came to an end.

Stuart Broad and James Anderson batted out the final two overs on Day 5 as the fourth Ashes Test between Australia and England ended in a draw here at the Sydney Cricket Ground on Sunday.

The five-match series stands 3-0 in favour of Australia and the fifth game will begin on Friday in Hobart and it would be a day-night contest.

"It was really important (to play this sort of a gem). Has been a difficult tour. Tough at times but one thing I am proud of is the determination and character of the team and find way to get a draw out of this game. I said after the last game try and put some pride in the badge and give something for the blokes back home to take. Bairstow and Stokes were outstanding. Number of guys have had difficult injuries," said Root.

"We turn up next week and hopefully go one step better. Should stand up well if he (Crawley) can find a couple of good innings going. He is a top player," he added.