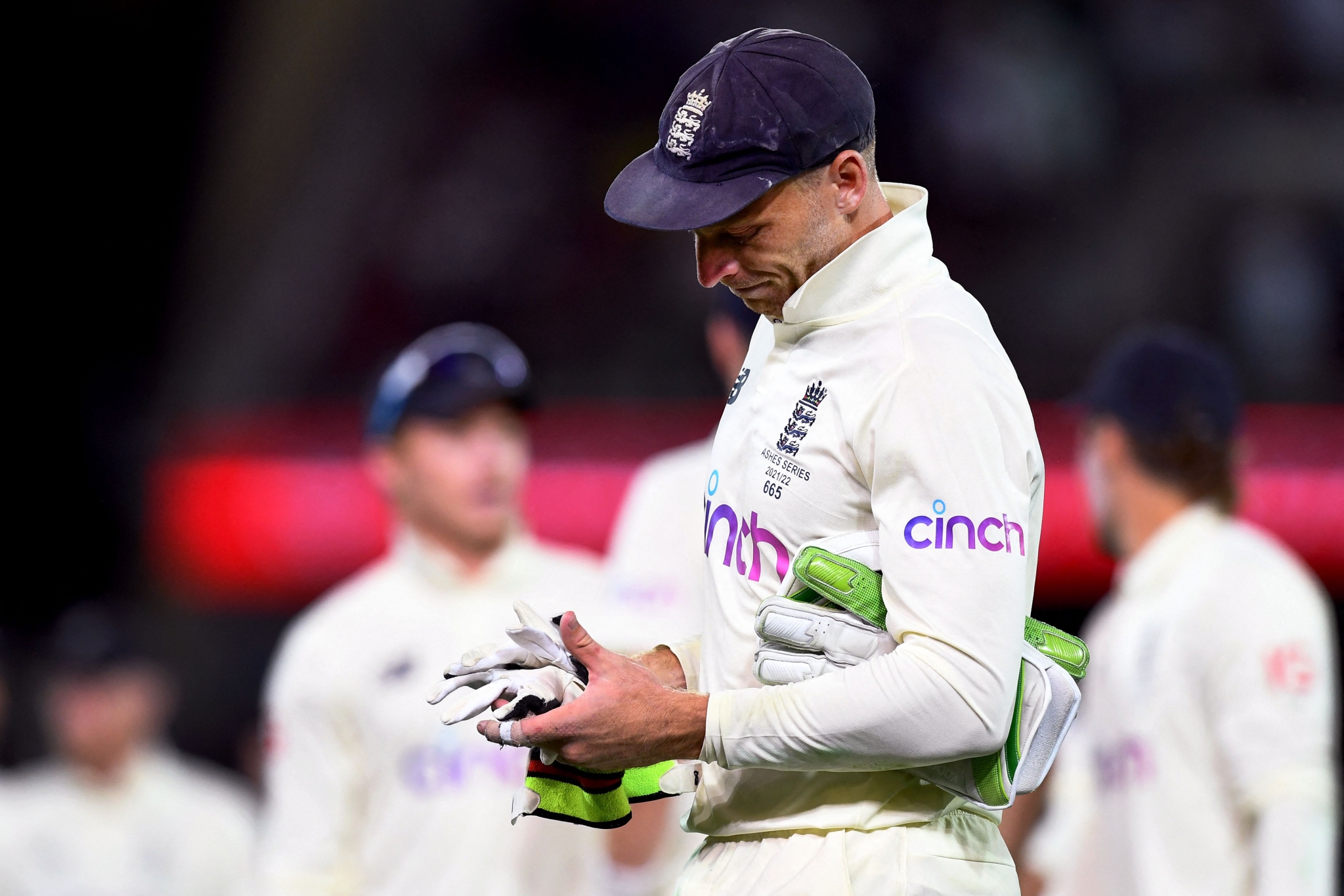 Former England wicketkeeper Matt Prior criticised Jos Buttler for his "lazy wicketkeeping" after putting down Australia batter Marnus Labuschagne's catches twice during day one of the second Ashes Test between Australia and England at the Adelaide Oval on Thursday.

Buttler had a great start to day one as he dived to his right to take the catch of Marcus Harris off Stuart Broad. But post that, Buttler endured a horror day behind stumps as he dropped Marnus Labuschagne on 21 and 95 as Australia made 221/2 at stumps.

Labuschagne remained unbeaten on 95, with him on the cusp of a maiden Ashes century. He also shared a 172-run stand for the second wicket with David Warner, who fell five short of his Test century. It was also the pair's sixth century partnership in Test cricket.

"There was a great take down the legside to start things off and Jos did that by taking an initial step and then stepping again to give himself a really good foundation. The amount of ground he covered was exceptional," said Prior on BT Sport.

On 21, Labuschagne was first dropped down the leg side after Buttler dived despairingly to his left, nearly helping Ben Stokes succeed in his short-ball ploy. Then, five overs before stumps, Buttler split a routine chance from James Anderson as Labuschagne tried to chase the new ball and got a thick edge behind.

"But with the first drop he got stuck. He didn't get a big enough step in and then he wasn't able to go again. He threw his hands at the ball because he'd only covered half the ground of the first catch. Then for the second drop he got stuck again. Everyone thinks it's the hands that get you the catch. It's not, it's your footwork and your hands follow," explained Prior, who played 79 Tests for England.

The 39-year-old was less than impressed with Buttler's keeping on day one. "There were a couple of takes where Jos had a dive, that's lazy wicketkeeping. You want to dive as little as possible. Because I did the job myself, I watch the keeper very closely and there were just little clues. There were a couple of takes down the legside towards the close where Jos had a bit of a fall then a flop."

"It just looked like his energy levels were down. At the start there would have been a hop and a skip across. As a keeper you want to dive as little as possible. You get that one chance and that's what you're judged on," concluded Prior.