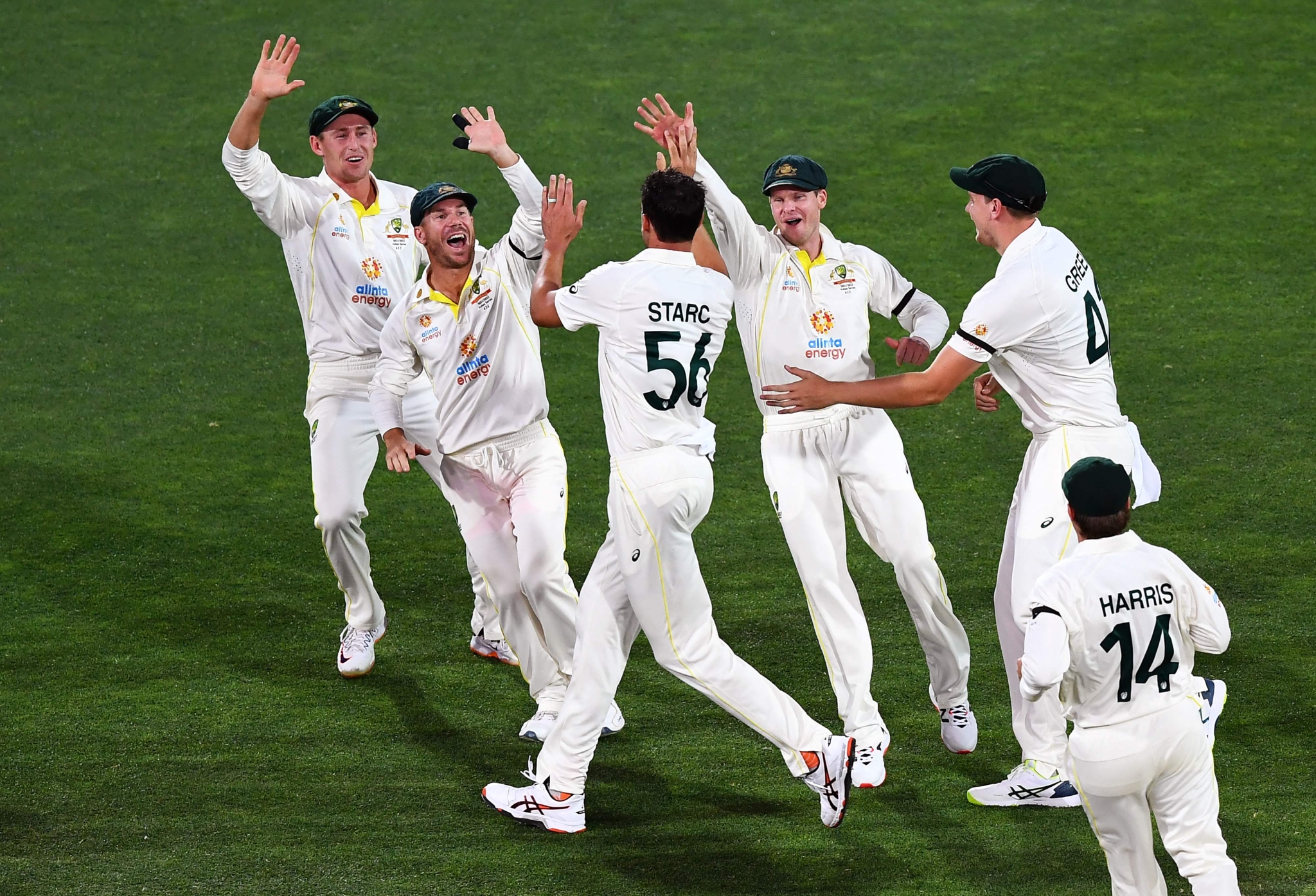 The storm had hit England long before it brought in early Stumps on Day Two of the second Ashes Test in Adelaide.

Mitchell Starc did his thing with the pink ball under lights, getting rid of Rory Burns early before debutant Michael Neser, the toast of the town, struck off his second ball in Test cricket to leave England reeling at 17 for two, still 456 runs behind Australia’s score.

Marnus Labuschagne, resuming on 95, went on to score his third ton in day/night Tests, the most for any player. His average in the pink-ball Tests is a whopping 84.57. And yet after his ton, Ollie Robinson overstepped when he nicked one behind. Thankfully for England, the tall seamer managed to trap him in front of his stumps for 103.

Was the ordeal over for the tourists? Not really.

Play has been suspended due to bad weather ⚡️

Labuschagne might be Steve Smith 2.0 in most things — his batting, antics and pyrotechnics — but it was time for the ‘OG’ to step up. Smith was content to play second fiddle for most time, but made sure to make his presence felt. He scored at a slow rate, scoring his 50th run on the 135th delivery he faced. However, after the Supper break, his pace of scoring rose.

Ask Chris Woakes. Almost out of the blue, Smith pulled a length delivery from Woakes was pulled over deep square leg for half a dozen, the first in Australia’s innings, in the 130th over. Much has been documented about Smith ‘finding his hands’ ahead of the Ashes series and all was on show on Friday.

Smith was primed to score his 16th Test ton as captain of Australia to climb up the ladder and settle behind Ricky Ponting’s mark of 19. But James Anderson (yes he is still going strong at 39!) got a ball to stay low just a little bit. Enough for the umpire’s finger to be raised. Enough for Smith to be denied a ton, despite a review.

Brilliant first over back in Test cricket from Jhye Richardson! #Ashes pic.twitter.com/J0XKcnI1PR

Alex Carey, playing only his second Test, scored his maiden half century in his first Test at home. However, just as he was changing gears, he chipped one straight to covers, handing Anderson his second wicket.

Starc and Neser, on debut, then put on a batting show that seemingly deflated England. The left-right pair added 58 in under nine overs peppering the boundaries whenever England bowled short. While Starc stayed unbeaten on a run-a-ball 39, Neser smashed 35 off just 24 balls at a strike rate 145.83, quite easily the best by a Test debutant.

Having been on the field for over 150 overs, England would have been glad that lightning and storm brought an early end to the proceedings.