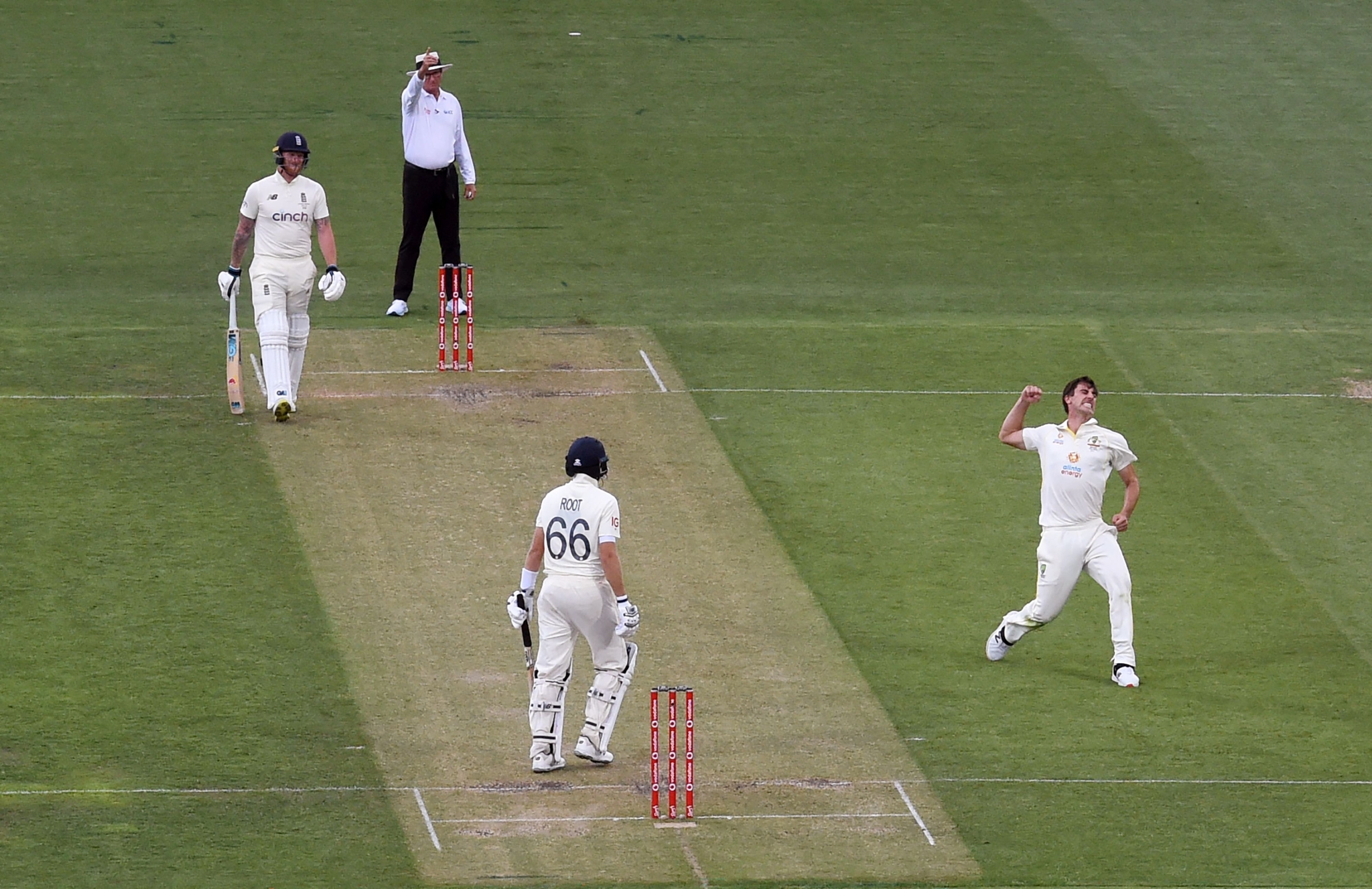 Sam Billings was the first to be dismissed in the post-Tea session, while Chris Woakes then followed him back. BIllings made 29 before pulling Chris Green to fine leg. Woakes, dropped twice, rode his luck to score 36 before being strangled down leg.

Starc then cleaned up Stuart Broad before Cummins did so to Wood, after he used the long handle.

England had lost their openers -- Rory Burns (0) and Zak Crawley (18) -- in the short period of batting before the Dinner break but they had the successful pair of Root and Malan to get wade them out of trouble. They began well and Malan was handed a reprieve when he edged a ball from Cameron Green that went unspotted by the fielding side.

Soon, the boundaries also began flowing as Root picked up a couple off Boland while Malan hit a couple off Green. With runs flowing easily, Australian skipper Cummins was forced to bring Starc and himself into the attack.

The left-arm pacer went for 13 in his over but Cummins ended the 49-run stand by strangling Malan down the legside. After Malan's departure, Cummins got rid of his counterpart with a sharp nip-backer that caught Root on the back-foot and pinged him on the knee-roll for a straightforward LBW decision.

Boland then returned to the attack and got Ollie Pope nicking to the wicket-keeper. The pacer would have had Chris Woakes too but the England all-rounder was reprieved twice in the slip cordon, once by David Warner and another time by Usman Khawaja.

In the end, Woakes and debutant Sam Billings remained not out till Tea and had a mountain to climb in the final session.

Earlier, resuming the day at 241/6, Australia added 62 more in the morning session, getting bowled out for 303 in their first innings. Nathan Lyon played a useful cameo of 31 runs, allowing Australia's final four wickets to add 62 runs.