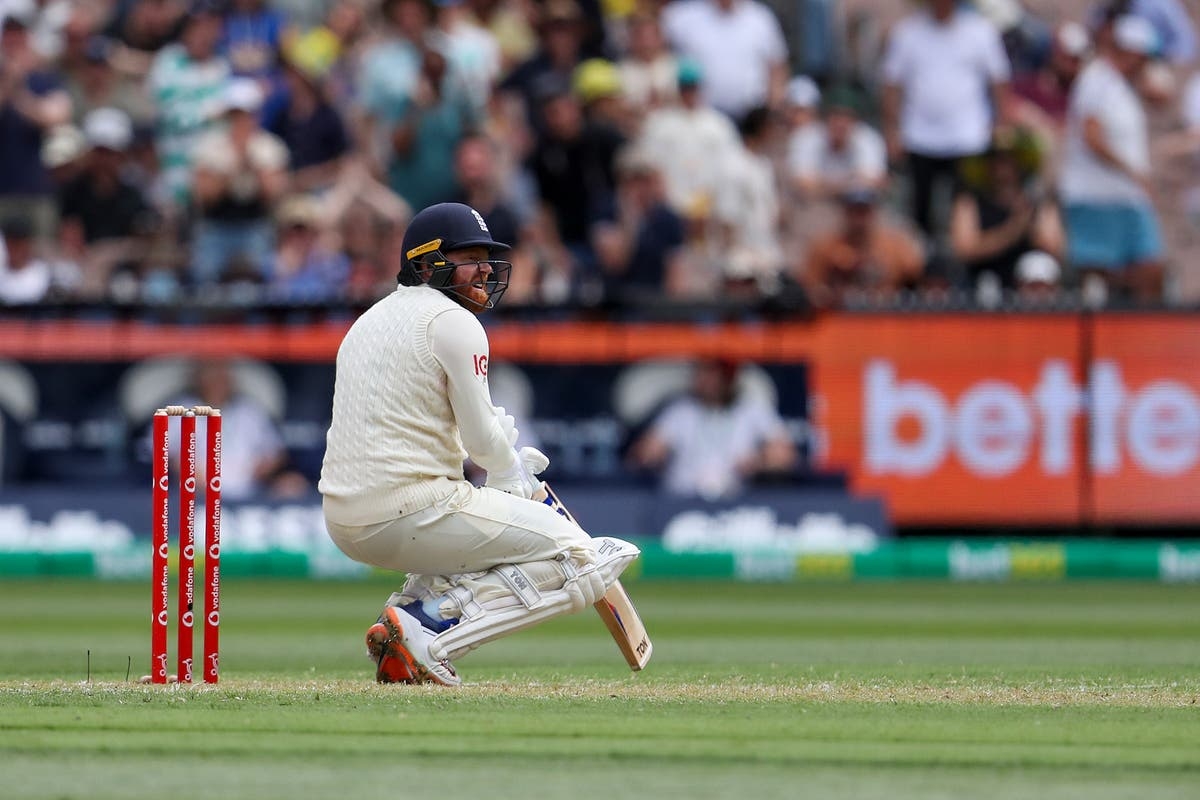 Jonny Bairstow of England during the Boxing Day Test against Australia in Melbourne. | Photo: Twitter

England batter Jonny Bairstow feels the toss played a crucial role in England's batting collapse against Australia on the opening day of the Boxing Day Test at the Melbourne Cricket Ground on Sunday, saying that his side would have bowled as well considering the helpful conditions and tinge of green on the pitch.

England lost the first two matches of ongoing Ashes in Brisbane and Adelaide and batting failure is the primary reason. Their woes with the willow continued in the third Test as England were bowled out for 185 in their first innings.

Bairstow, who has replaced Ollie Pope for the ongoing Test at MCG admitted that batters could have made better shot selection.

"When you look at the toss that obviously didn't go our way. We'd have also looked to bowl in that first session," Bairstow said.

"Yes, we lost a couple of early wickets but the partnership between Dawid [Malan] and Joe [Root] was really good again. We were naturally disappointed to lose Dawid on the stroke of lunch. It potentially changes things if that doesn't go down then.

"We're still searching for that big score but both teams were looking to bowl first on that pitch this morning with the help of the conditions and a tinge of green," he added.

The wicketkeeper-batter also mentioned that England need to be 'stronger and tougher and his team is aware of that.

"We've got to get a bit stronger and tougher with our dismissals. We know that, we've spoken about that. That's being honest with ourselves," said Bairstow.

"We saw that in the second innings in Adelaide that we batted for a period of time and put a lot [of value] on each of our wickets. When it comes around to the second innings here that's exactly what we're going to have to do," he added.

Australia showed their dominance with both bat and ball and were in a commanding position against England at the end of the opening day of the Boxing Day Test. Marcus Harris (20 off 51) and Nathan Lyon (0 off 5) were unbeaten at the crease as Australia finished Day 1 at 61/1, trailing England by 124 runs.