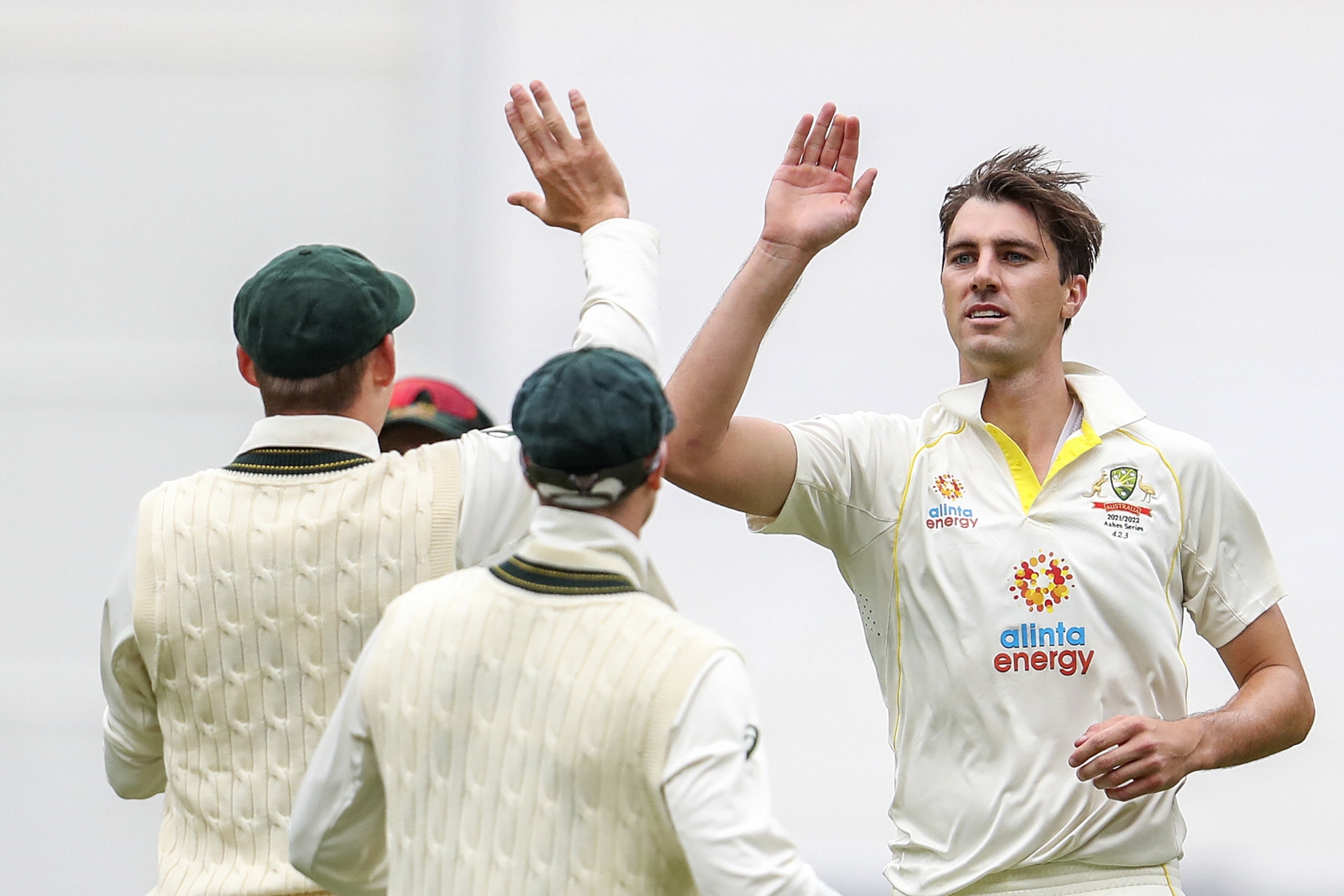 England were bowled out for 185, before Australia reached 61-1 at stumps.

Admittedly England, humiliated in a 275-run defeat in Adelaide, faced a tough task to bounce back on Sunday. Australia captain Pat Cummins won the toss and invited under-siege England to bat first on a green-tinged, seaming MCG pitch.

England were 61-3 at lunch. By tea, the tourists were in serious trouble at 128-6, having lost the key wicket of skipper Joe Root for 50.

A loose shot outside off stump by Root, a questionable cut by Ben Stokes, and a wild heave by Jos Buttler will attract heavy attention from England's press after another difficult day for the tourists, who trail two-nil in the five-match series.

Cummins ripped through England's top order. The skipper took three wickets in the opening session after winning the toss and bowling.

Rain delayed the start of play for 30 minutes before Cummins removed Haseeb Hameed without scoring and Zak Crawley for 12.

Dawid Malan added 48 for third wicket with Root, before Cummins was rewarded in the final over before lunch, as Malan was caught at first slip for 14.

Australia claimed another three wickets in the middle session, dismissing the dangerous duo of Root and Stokes (25). The departure of Buttler for three, after aiming a wild slog to deep mid-wicket off the bowling of Lyon in the last over before tea, summed up England's struggles against Australia's disciplined bowling.

World No.2-ranked batsman Root added to his side's woes outside off stump by offering a catch to wicketkeeper Alex Carey off the bowling of Mitchell Starc at 82-4.

Root needs a second-innings score of 109 to claim a new record for most test runs in a calendar year, passing the tally of 1788 recorded by Pakistan's Mohammad Yousuf in 2006.

Stokes tried to lift England's scoring rate by launching into an aggressive cut shot off the bowling of Cameron Green, but the left-hander was caught at gully at 115-5.

Debutant Scott Boland, playing at his home state ground, got his first test wicket by trapping Mark Wood leg before to the delight of the majority 57,100 fans at the MCG.

Jonny Bairstow hit 35 before falling over as he edged a bouncer from Starc to gully at 159-8. Lyon removed tailenders Jack Leach (13) and Ollie Robinson (22).

David Warner and Marcus Harris (20 not out) shared an opening stand of 57 for Australia. Warner was caught at gully off the bowling of Jimmy Anderson for 38.

Harris required medical attention during the following over after being struck on the hand by a bouncer from Stokes, but survived to the end of play with nightwatchman Nathan Lyon to leave the hosts in the ascendancy again this series.