Nathan Lyon picks four wickets, including his 400th in Tests, as Australia take a 1-0 lead against England in the Ashes 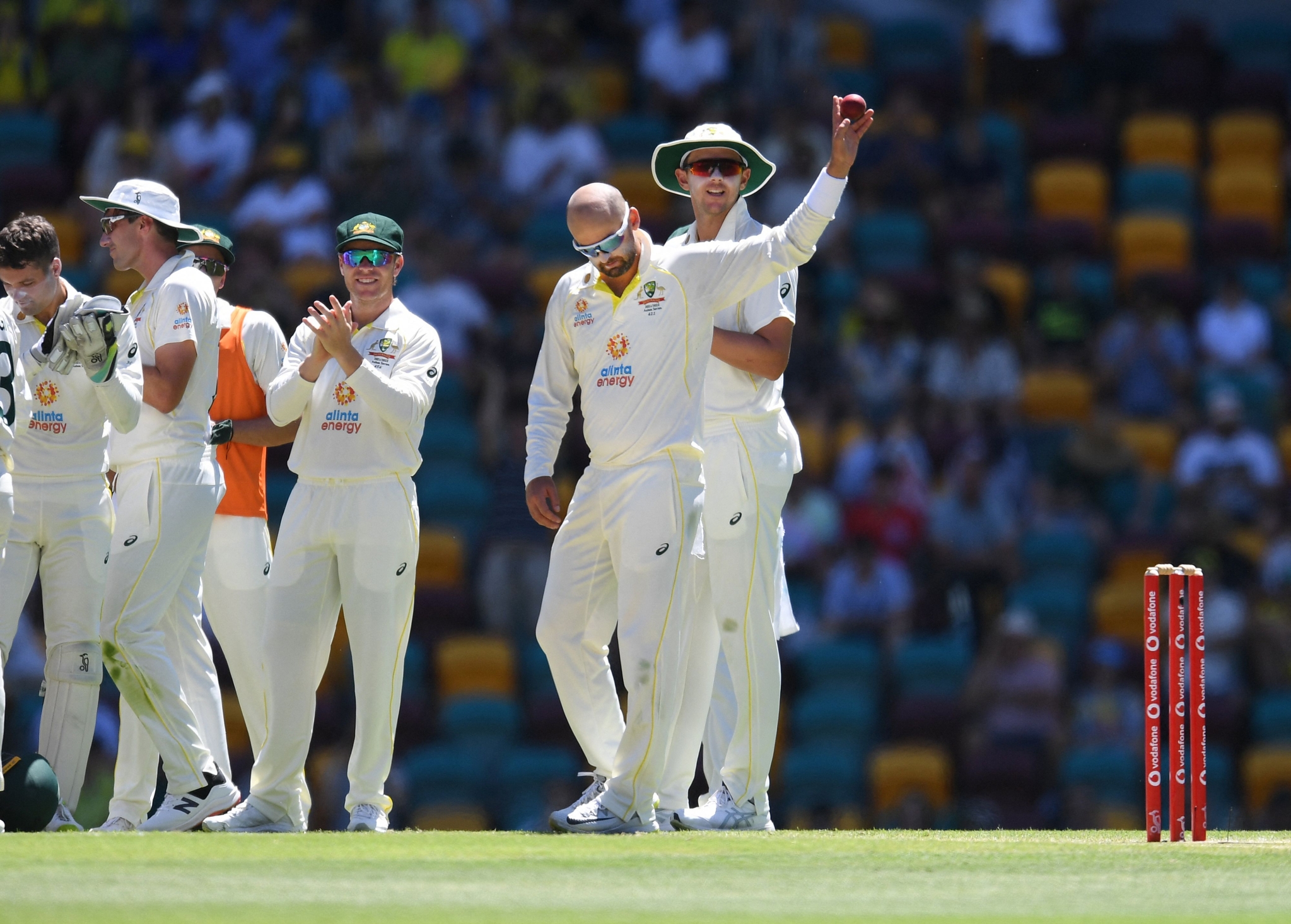 Nathan Lyon was ten wickets away from 400 when India’s four-match Test series against Australia began late last year. India played him so well that he could pick only nine of them and was on 399 wickets at the start of the year. He went wicketless in three of his last six innings, including the first innings of the opening Ashes Test.

“You’re never going to get your 400!” Pat Cummins, Australia captain would joke, after the third day's play.

“There's been a lot of banter going on so it was probably on my mind more because of that,” Lyon admitted after his four-wicket haul on Day Four of the Gabba Test, that enabled Australia go 1-0 up in the Ashes on Saturday.

Lyon tossed one up around middle and off, to which Dawid Malan slinked down. He was on 82 and was amidst a partnership of 162 with captain Joe Root. But Malan only managed to get an inside edge on to his pad and was caught by Marnus Labuschagne to give Lyon his 400th Test wicket. He became only the second Australian spinner behind Shane Warne to pick 400 wickets in Test cricket.

“It was a big relief. It hasn't really hit me yet, to be honest. It's been some hard toil to get it but it's very, very rewarding,” Lyon said.

After getting the monkey off his back, Lyon went on to add three more wickets in his kitty. Ollie Pope, who continued his struggles against spin, failed to counter the turn and offered an easy catch to slip. Ollie Robinson opted for the reverse sweep that brought his downfall while Mark Wood simply yorked himself to give Lyon his fourth wicket.

The third Australian to reach the milestone #Ashes @VodafoneAU pic.twitter.com/oA7SzQeJhS

The unlikely Cameron Green struck a major blow before, getting Root caught behind for 89 to keep him century-less on Australian shores. The England captain’s tentative poke outside off was one too many. From two for 223, England lost their way to be at five for 234 before Ben Stokes and Jos Buttler offered a mini-resistance.

But Green, Cummins and Josh Hazlewood kept chipping away from one end while Lyon took care of the other to bowl England out for 297, a lead of just 19. Australia got home with nine wickets in the bank.

But the fourth morning was all about Lyon, who had to toil hard for 208 balls between his 399th and 400th Test wicket. And swiftly post that, he added three more to his count to be placed on 403.

“I think he's just about our most important bowler, a wicket-taking option but also, the amount of overs he bowls,” said Cummins. “Yesterday he bowled without luck but went at two-and-a-half an over for 20-odd overs on a hot day which is a huge asset for us.”

But for Lyon, who was a pitch curator at the Adelaide Oval where the second Test will be played, having a simple mindset helps: “The next wicket is always the hardest one to get. That's my mindset and that's not going to change.”