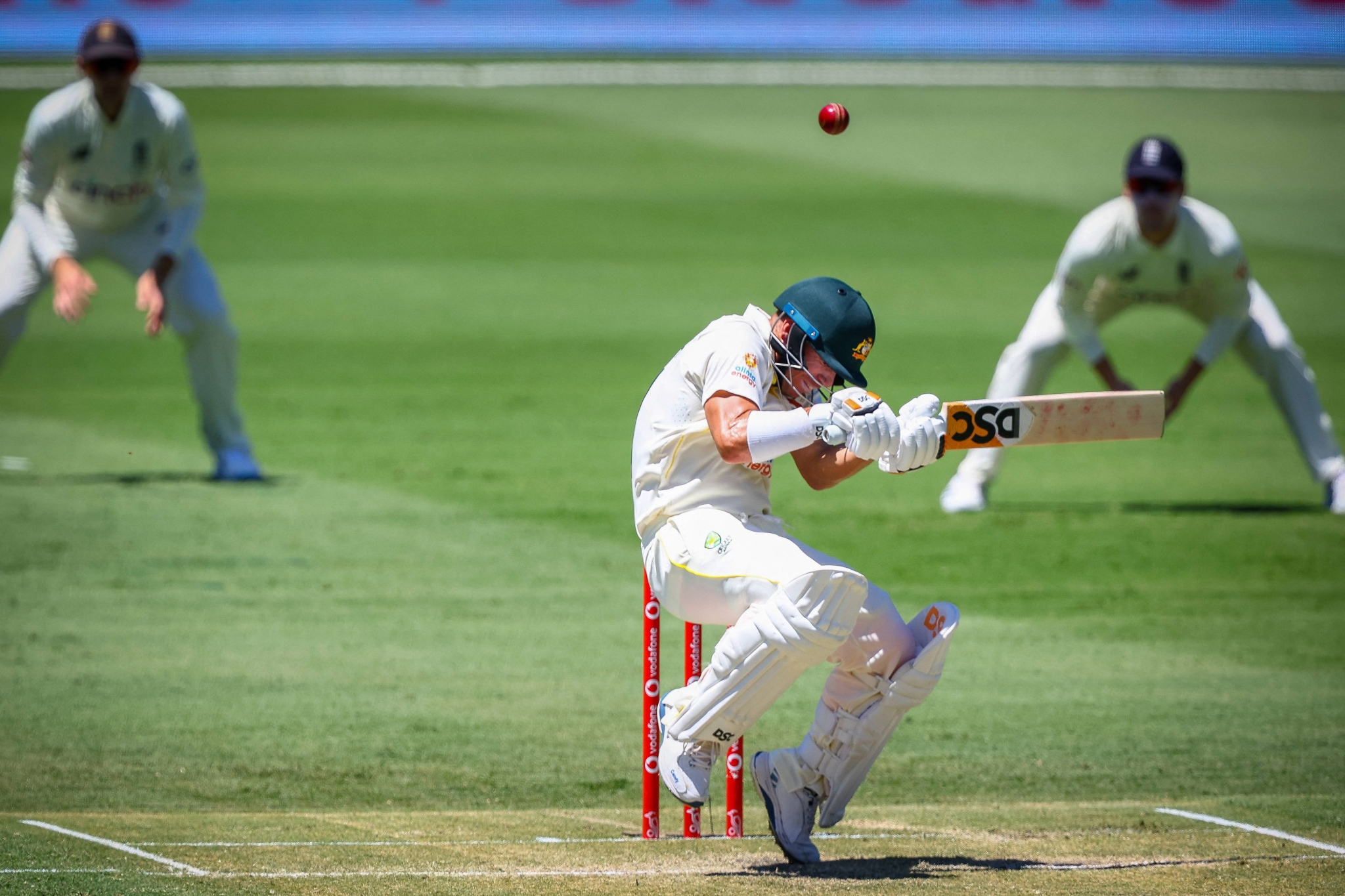 David Warner of Australia ducks under a bouncer in the Ashes Test against England in Brisbane. | Photo: AFP

Australia opener David Warner did not take field on Day Three of the first Ashes Test in Brisbane due to a bruised ribs, news.com.au reported on Friday.

“He had a scan overnight which cleared him of any fracture, but he still is in severe discomfort with badly bruised ribs. He may come on at some point this afternoon. They are just going to have to monitor him.”

Warner had been struck by a Ben Stokes bouncer on Day Two. But he batted through the pain and went on to make 94. Jhye Richardson has been substituting on the field for Warner in their second innings.