As Kumar Sangakkara turns 44 today, here is a look at southpaw's epic journey over the years

Sangakkara received his education at Trinity College, Kandy. During his school days, he was a chorister and played the violin.
FPJ Web Desk 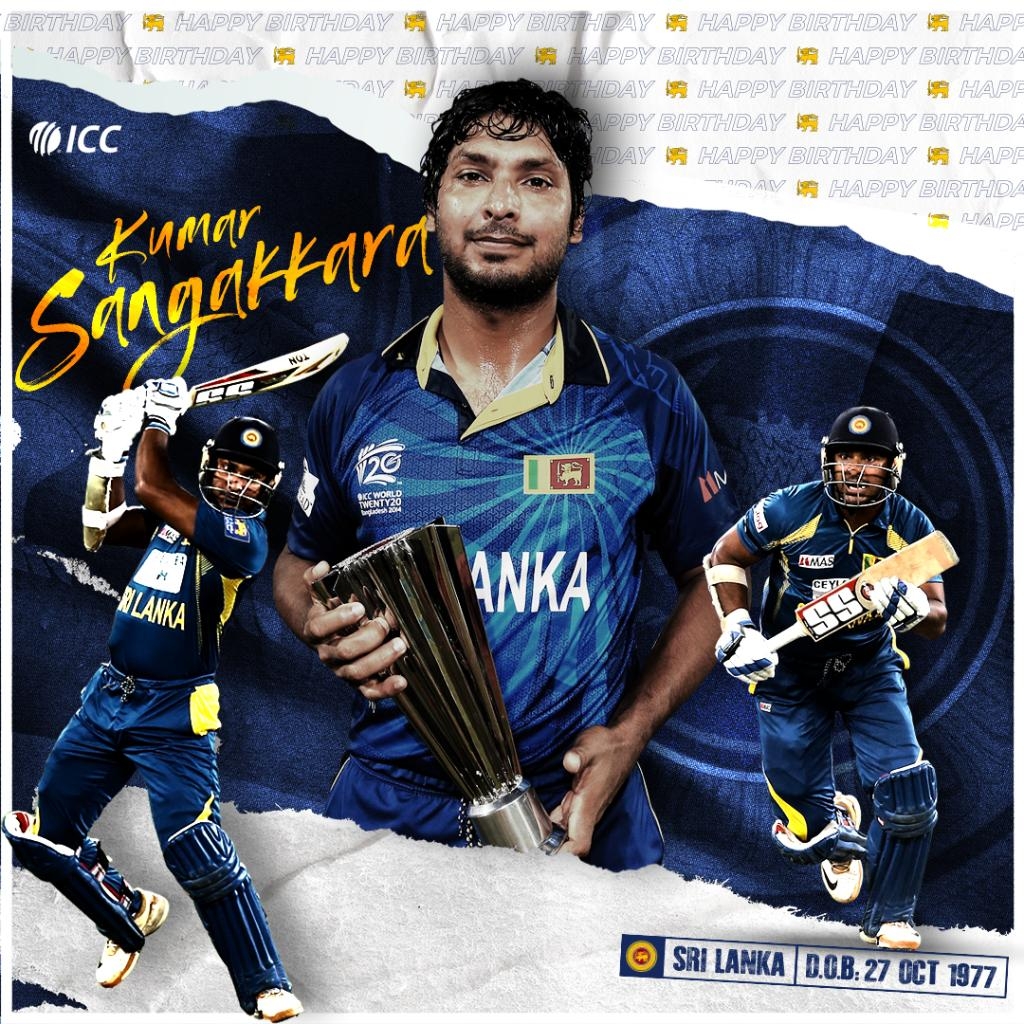 Kumar Sangakkara, the Sri Lankan Maestro turns 44 today. The southpaw is considered one of the best wicket-keeper batsmen the world has ever witnessed. A razor-sharp thinker and a consistent player of his time, he is unarguably the greatest cricketer to come out of the island nation and one of the all-time greats of world cricket. An elegant left-hander, Sangakkara holds numerous batting records in the modern era across all formats of the game. An equally efficient wicket-keeper, he holds the record for most dismissals in One-Day International (ODI) cricket as well.

Sangakkara received his education at Trinity College, Kandy. During his school days, he was a chorister and played the violin. Sangakkara excelled in many sports and represented his school's Under-13, Under-15, Under-17, Under-19, and first XI squads.

At the age of 22, Sangakkara made his Test debut on 20 July 2000, keeping wicket in the first fixture of a three-match series against South Africa.

On 6 December 2007, he made it to the top spot of ICC Test player rankings with a rating of 938, the highest rating ever achieved by a Sri Lankan player, and became the first batsman ever to score over 150 in four consecutive tests.[26] His skill was recognized worldwide when he earned selection for the ICC World XI One-Day International team that competed against Australia in the Johnnie Walker Series in October 2005.

At the age of 31 and with the experience of 80 Tests and 246 ODIs, Sangakkara succeeded Jayawardene as Sri Lanka's captain in all formats of the game. On 14 February 2015, Sangakkara became the second-highest run-scorer in One-Day International history, by surpassing Australian Ricky Ponting. He achieved this milestone during the first match of the 2015 ICC Cricket World Cup against New Zealand.

During the 2014 ICC World Twenty20 championship, Sangakkara announced his retirement from the Twenty20 International arena after the championship with his teammate Mahela. Then in December 2014, he announced that he would also retire from ODI cricket after the 2015 Cricket World Cup, again with Mahela. As he said, he retired from T20I cricket in April 2014 and from ODI cricket on 18 March 2015.

On 27 June 2015, Sangakkara officially announced his retirement from Test cricket as well. 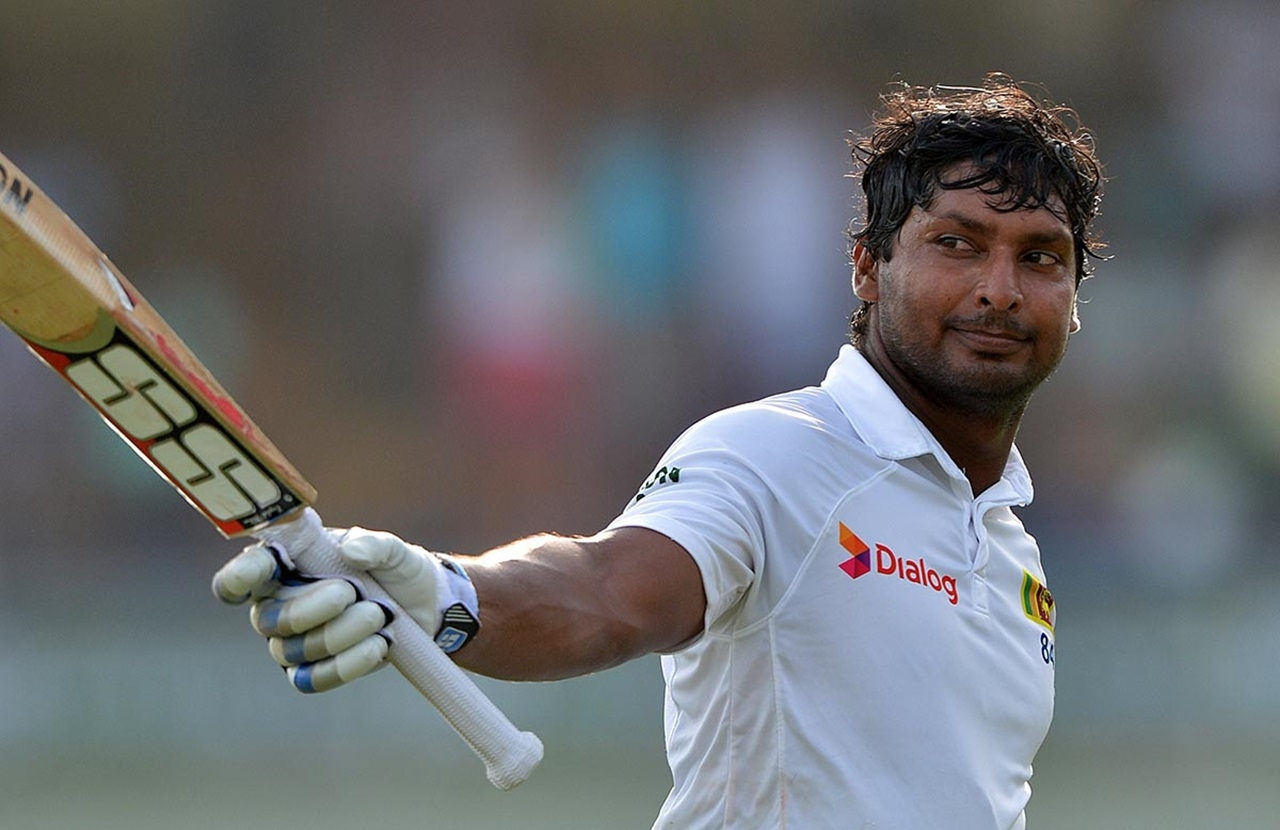 A look at his eminent career:

Sangakkara is the sixth-highest run-scorer and highest from Sri Lanka in Test cricket. He has the fourth-most hundreds (38) in the format. Sangakkara has also slammed 11 double-tons, second-most in Tests after Don Bradman (12).

Till date, Sangakkara is the second-highest run-scorer in ODIs after Sachin Tendulkar. Notably, he is the only Sri Lankan to have touched the 14,000-run mark in ODIs.

Sangakkara has the most number of dismissals in the ODI format. He has registered 482 dismissals, which includes 383 catches and 99 stumpings. He also has most dismissals in the 50-over World Cup, having recorded 54 (Catches: 41, Stumpings: 13). 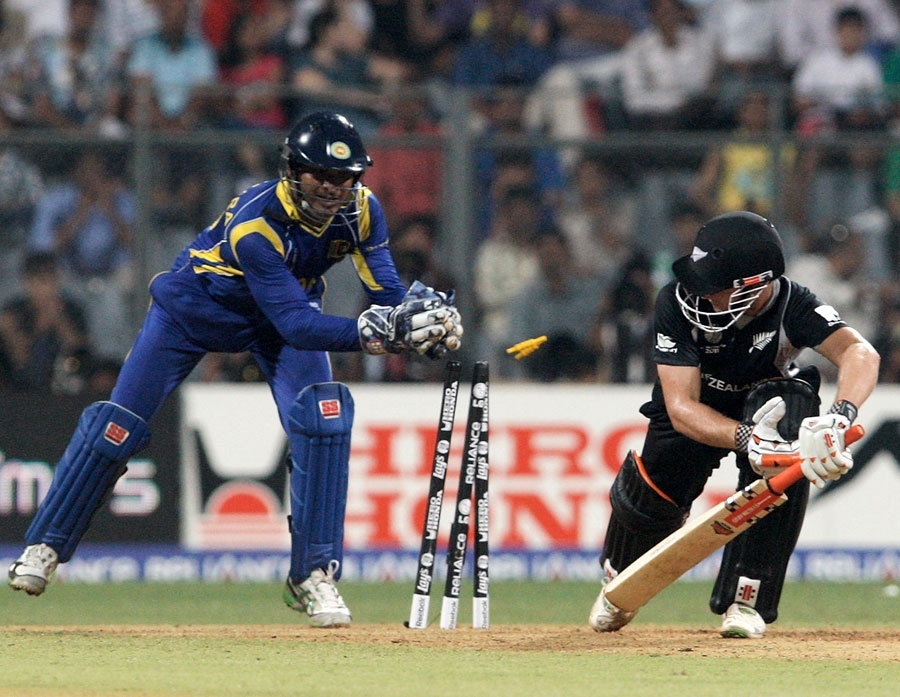 Some lesser-known facts about the cricketer:

Sangakkara delivered the 2011 Marylebone Cricket Club (MCC) Spirit of Cricket Cowdrey Lecture at Lords. He became the youngest person and the first active international player to deliver that lecture, which was widely praised by the cricketing community. 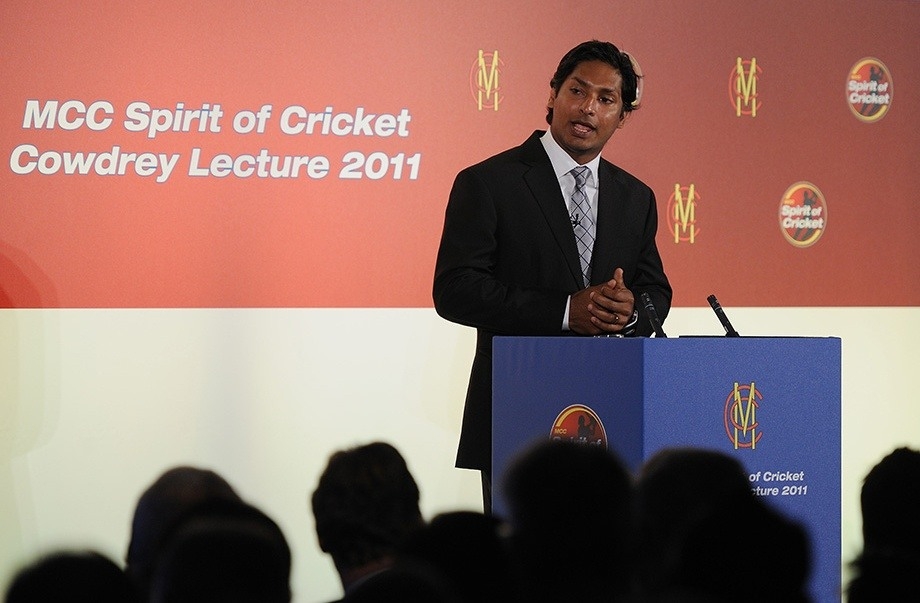 Just after the end of the Sri Lankan Parliamentary election of 2015, president Maithripala Sirisena appointed Sangakkara as the Ambassador Of the Anti-narcotics program In Sri Lanka.

Sangakkara is an active member of the Think Wise Initiative, launched by the ICC. He also lends his time and services to the Joint United Nations Programme on HIV/AIDS and UNICEF, which is aimed at raising awareness of HIV prevention and eliminating discrimination against people living with HIV and AIDS. He is also a partner and Trustee of the Foundation of Goodness, a charity foundation headed by Kushil Gunasekara and Muttiah Muralitharan.

The organization has been one of the most effective charity organizations in Sri Lanka. Currently, it maintains well more than 50,000 people annually all over Sri Lanka and offers free psychosocial support, pharmacy, dentistry, indoor and outdoor facilities for sports, vocational training, English language training, and basic life skills to bridge the gap between the urban and the rural communities.