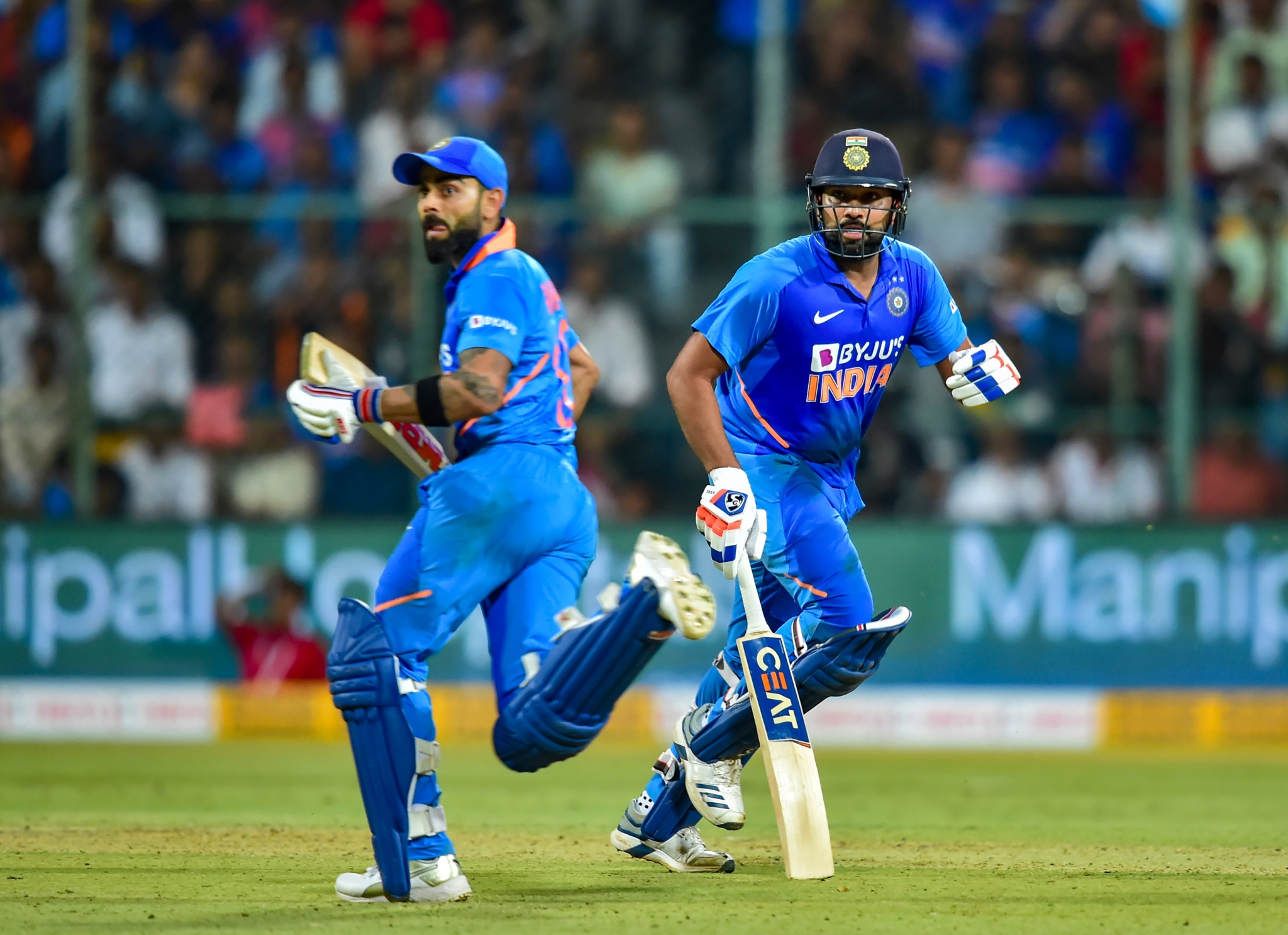 If anyone believed that all is well with India’s preparations for the tour of South Africa, think again. A day after newly-appointed ODI captain Rohit Sharma was ruled out of Tests in South Africa because of recurring hamstring issues, there are reports that Kohli will take a break to spend some time with his family. The Indian cricket board has denied any such development.

Kohli has not put in any formal request for a break from the ODI leg of the upcoming South Africa tour, a top BCCI official has asserted.

Kohli will be leading India in a three-Test series starting December 26 in Centurion which ends on January 15 in Cape Town with the final Test. The three-match ODI series will kick off on January 19.

"As of now, Kohli hasn't sent any formal request to skip the ODIs to either BCCI president Sourav Ganguly or secretary Jay Shah. If something is decided at a later date or, God forbid, he sustains an injury, then it's a different matter," a senior BCCI official privy to developments said on conditions of anonymity. "As things stand today, he is playing the three ODIs on January 19, 21, 23," he added.

The official also said that all the players' families are also travelling to South Africa aboard the same charter flight due to the bio-bubble restrictions. "The skipper is travelling with his family. But, yes, if he feels bubble fatigue after the Test series and wants to take a break, he would definitely inform the chairman of selectors and secretary (Jay Shah), who is the convenor of the selection committee," the source added.

One reason for the current speculation could be that once India are back home, they will again be inside an extended bubble for three weeks with Sri Lanka coming in for Tests and T20 Internationals. There were some reports that Kohli might take a break because of his daughter Vamika's first birthday (January 11). Kohli will be playing his 100th Test match on that day. The ODI series starts on January 19.

Kohli has been a advocate of workload management in bubble life, which he thinks isn't sustainable for long periods of time as it can take a toll on one's mental health. In the past year, he has been on a paternity break during the 2020-21 Australia series, and during the three T20 Internationals against New Zealand at home.

And now, it remains to be seen if Kohli takes a break in South Africa, or more likely skips the T20 series against Sri Lanka at home.

Former skipper Mohammad Azharuddin feels that things might not be well between newly-appointed ODI captain Rohit Sharma and Kohli as the former is missing the Tests and the latter will not be a part of the ODI series against South Africa.

He even questioned the timing of Kohli's break from the ODI series, saying his timing of leave could have been better.

The cricketer-turned-politician pointed out that the absence of Rohit from the Test series and now Kohli's break from the ODI series will lead to unnecessary speculation about rift in the squad.

Last year, when Vamika was born, Kohli had gone on paternity leave after the first Test in Australia in Adelaide. India had lost that game before the stand-in captain Ajinkya Rahane led the side to a historic series win against Australia.