Tye played for the Kings XI franchise in the 2019 IPL season before he was released by them ahead of the 2020 IPL auction.
FPJ Web Desk 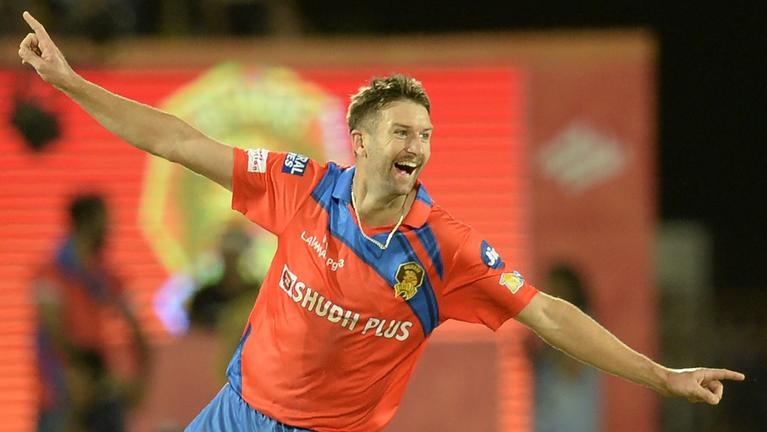 The Australian medium-pacer turns 35 today and will always be remembered for his IPL debut. He is most famous for his use of the knuckleball and wide variation of pace.

Andrew Tye rewrote the history books after becoming the first player to pick a hat-trick on debut in the history of the Indian Premier League (IPL). Not only a hat-trick, but he also claimed 5 wickets by giving 17 runs in 4 overs, that itself is one of the greatest T20 records.

Tye, on a relatively modest $103,000 contract and one of the four changes made by the Lions His were the best figure ever from an IPL debutant.

Gujarat Lions’ Tye picked up three wickets off successive deliveries in the last over of the Rising Pune Supergiant innings to claim his maiden hat-trick at the Saurashtra Cricket Stadium in Rajkot in 2017.

In January 2018, Tye was bought by Kings XI Punjab in the 2018 IPL auction. During the tournament, Tye broke a record. On 16 May 2018, against the Mumbai Indians when he picked up the figures of 4-16, he went on to become the first-ever player to take three 4 wicket-haul in a single season of the IPL.

Tye then went on to win the Purple Cap for the 2018 IPL season for taking the most wickets (24) during the season. For his excellent performances in the 2018 IPL season, he was named in ESPNcricinfo’s and Cricbuzz’s 2018 IPL team of the tournament.

Tye played for the Kings XI franchise in the 2019 IPL season before he was released by them ahead of the 2020 IPL auction.