The four-match Test series against Proteas forms part of the ICC World Test Championship (WTC) and will be the first time in the competition that England have played away from home.
ANI 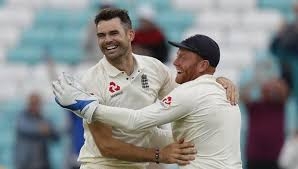 The four-match Test series against Proteas forms part of the ICC World Test Championship (WTC) and will be the first time in the competition that England have played away from home.

Anderson, who sustained a right calf tear during the first Ashes Test at Edgbaston in August will make a comeback in the team.

Wood, who along with Anderson is currently involved in a dedicated fast-bowling camp based in Cape Town, is recovering from a left knee injury and side strain sustained during the ICC World Cup Final in July. He last played Test cricket in February, where he was named player of the match in England's last victory away from home against the West Indies in St. Lucia taking six wickets in the match.

While batsman Bairstow, currently working on his batting at the camp in Cape Town, returns to the squad having missed out on selection in the recent two-Test series in New Zealand.

Seamer Saqib Mahmood misses out on selection having been part of the Test tour of New Zealand.

"With James Anderson and Mark Wood returning to the squad, Saqib Mahmood is the unfortunate player to miss out. It is not predicted that Mark (Wood) will be available for selection for the earliest matches. However, he will travel with the team and continue his rehab work with the medical staff on tour," said National Selector Ed Smith in a statement.

"There is no exact date given for his return, but the medical team is working towards him becoming fully available for selection during the tour. Moeen Ali, who asked to take a break from Test cricket last summer, remains unavailable for Test selection," he added.

England lost the two-match Test series against New Zealand by 1-0 after the second game ended as a draw.

Joe Root's team will be looking to close in on India and Australia, who are currently leading the standings. The top two teams at the end of the two-year cycle will compete in the WTC final in England in June 2021.

The first game of the series will be played at Centurion from December 26-30.