Amy Hunter became the youngest woman to score an ODI ton when she scored an unconquered 121 in the final Zimbabwe-Ireland match.
S. Sudarshanan 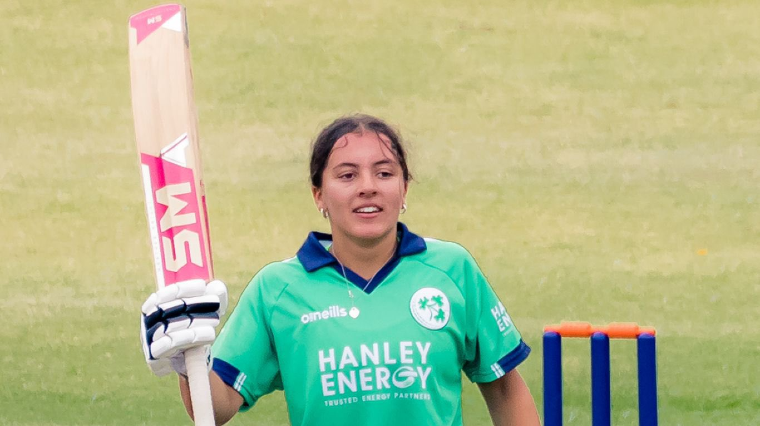 Amy Hunter became the youngest woman to hit an international hundred when she hit an unbeaten 121 for Ireland against Zimbabwe on Monday (October 11) in Harare. When Mithali Raj had hit an undefeated 114 against Ireland in June 1999 in her very first international, she was 16 years and 205 days old. Hunter, on the other hand, turned 16 on Monday.

Although Hunter, a wicketkeeper-batter, has been called up to the Ireland squad on multiple occasions since last year, it was only against Scotland in May this year that she made her international debut - a T20I at that. She made her ODI debut in the first game of the four-match series between Zimbabwe and Ireland.

Hunter had scores of two, one and four in the three ODIs before she struck her maiden ton in the fourth. Her feat helped Ireland post 312 for three, their highest in the format, bettering the 309 they had scored against Netherlands in 2009. Hunter's 121 not out is also the highest individual score for an Irish batter, beating Karen Young's 120 made against Pakistan in 2000.

ALSO READ: Reactions to MS Dhoni and his innings in Qualifier 1

Zimbabwe were kept to 227 for eight in response, with Delany and Sophie MacMahon picking up two wickets each. Ireland took the series 3-1.