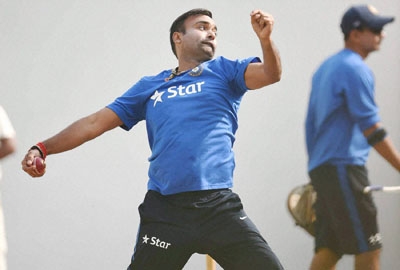 Born on November 24, 1982, in Delhi, Amit Mishra is a crafty leg-spinner, who has all it takes to become one of India’s best spinners. Notably, despite making his international debut in 2003, Mishra never managed to play as many games as he perhaps should have for India. He was sadly overshadowed by the greatness of Anil Kumble and Harbhajan Singh then.

Amit Mishra has shouldered the hopes of cricket fans time and again. With the bat, he can chip in with worthy contributions, but it is his bowling which spells beauty. He comes across as a cricketer with a sharp cricketing mind and a strong temperament.

In his stop and start career, Mishra has done his part whenever the opportunity has been there. On his 38th birthday, here's a look at some of the interesting facts of his journey. 1. Most wickets in bilateral ODI series: Mishra picked up 18 wickets in ODI series in Zimbabwe in 2013, which includes two back-to-back 5-wicket hauls with the best of 6 for 48 at Bulawayo. This is still a world record for a most wickets in a three-match bilateral series.

2. Highest IPL wickets for a spinner: Mishra has 166 Indian Premier League (IPL) wickets to his name, which is the most by a spinner in the competition. Overall, only Lasith Malinga has more wickets than him.

4. Best batting performance in international cricket: Mishra’s best with the bat came against England when he scored 84, batting ahead of MS Dhoni, Suresh Raina and Gautam Gambhir. But India lost by an innings. However, his knock of 59 vs Sri Lanka in the third Test of the 2016 Test series was extremely crucial as India went on to win the match and clinch the series 2-1.

5. Third leg-spinner to take 5-wicket haul on Test debut: In 2008, Mishra replaced India skipper Anil Kumble for the Mohali Test against Australia. He was the pick of the bowlers as he finished with figures of 5 for 71. Mishra’s victims included Simon Katich, Michael Clarke, Shane Watson, Ricky Ponting and Peter Siddle. Mishra therefore became only the third leg-spinner after Vaman Kumar (1961) and Narendra Hirwani (1988) to pick up five wickets in an innings on debut.