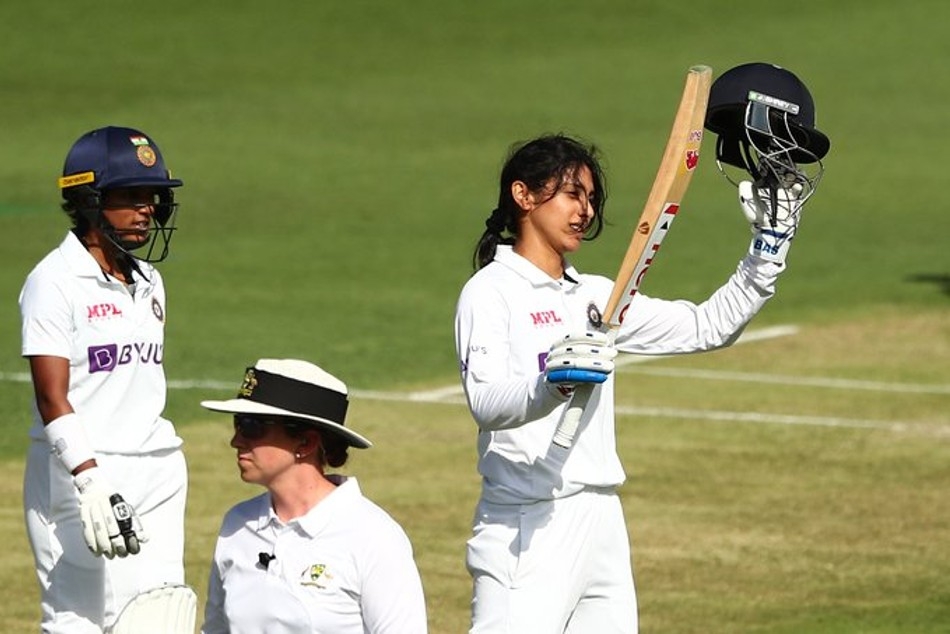 Opening batter Smriti Mandhana heaped praise on India’s seamers for their show in the recently-concluded multi-format series against Australia. India went down 5-11 against the hosts, drawing the one-off pink-ball Test and winning an ODI while one T20I was washed out.

“To come to Australia and outplay their bowlers and outplay their pacers was so amazing to watch, the way Jhulan di (Goswami) bowled, Pooja (Vastrakar) bowled and Renuka (Singh) and Shikha di (Pandey) bowled in the T20 format… It was amazing to watch our bowlers dominating the Australian batters, that was the biggest positive," Mandhana said on Thursday in a chat on Clubhouse.

Mandhana scored her maiden Test ton in the day/night match, which was India’s first. She scored 127 and then had a half century to show in the final T20I.

“It was a good experience of playing one (Test) in England and one here. Day-night Test was a new challenge for all of us, we really didn't get time to practice with the pink ball. We got only two days before the match,” she said.

"I never thought I'd get a chance to play with the pink ball. The experience under lights in whites was a dream come true.”

“We as women cricketers just love playing red ball cricket and now with the pink ball. It will be cool to have a lot more of Test matches specially multi format series.”

"It will also give a lot of substance to the only Test match because it has four points,” said the 25-year-old giving a big thumbs up to the multi-format series. In that, the Test match has four points for a win, while the points are shared in case of a draw. The ODIs and T20Is have two points each.

“I'm absolutely in love with this multi format series. I think it gives substance to all the matches we play whether it is three ODIs, one Test and three T20Is. Sometimes you lose two matches and think the series is lost (but in multi format series) you go in every match thinking there are two points to gain.”

India’s batting has let them down quite often, but a better show especially from the lower order helped them run Australia close on their home soil.

“That's a conscious effort to have good batting depth specially in T20 and ODI format because in white-ball cricket we might lose a few wickets and it shouldn't always be top heavy. We should have a lot of contributors,” said Mandhana, who is playing for Sydney Thunder in the seventh edition of the Women’s Big Bash League.

"Our lower middle order is contributing a lot and have done amazingly in the recent series. Jhulan di finished the match for us in the third ODI, it showed we are all working very hard on batting and getting our number 7,8 9 to bat."