'Aim to give my best for country': Ravindra Jadeja on being named as India's Test 'MVP' 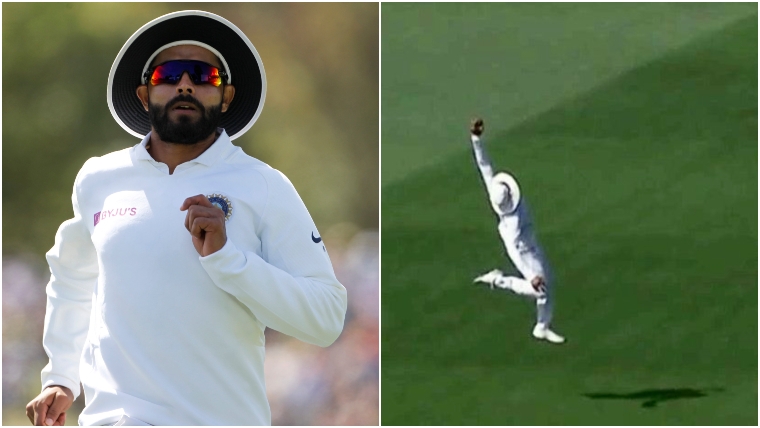 After being named as India's 'Most Valuable Player' in Test cricket in the 21st century, all-rounder Ravindra Jadeja on Wednesday said that he will always aim to give his best for the country.

His remark came as Jadeja achieved an MVP rating of 97.3 and as a result, he was also rated as the second most valuable player Test player worldwide, only second to Sri Lanka's Muttiah Muralitharan.

"Thank you Wisden India for naming me the 'Most Valuable Player'. I would like to thank all my teammates, coaches, fans, and well-wishers for your support as I aim to give my best for our country. Jai Hind," Jadeja tweeted.

Based on CricViz's market-leading analytics, each player in world cricket was awarded an 'MVP rating' by Wisden using a statistical model to rank their 'match impact' compared to their peers.

"It might come as a surprise to see Ravindra Jadeja, India's spin-bowling all-rounder, feature as India's number one. After all, he's not even always an automatic pick in their Test team. However, when he does play he is picked as a frontline bowler and has batted as high as No.6 - contributing to a very high match involvement," the official website of Wisden quoted CricViz's Freddie Wilde as saying.

"But Jadeja's position is based on more than simply volume: it's what he does when he's involved that really counts. The 31-year-old's bowling average of 24.62 is better than Shane Warne's and his batting average of 35.26 is better than Shane Watson's. His batting and bowling average differential of 10.62 runs is the second-best of any player this century to have scored more than 1,000 runs and taken 150 wickets. He is an all-rounder of the very highest quality," he added.

With the bat in hand, Jadeja has managed to score one century and 14 fifties in the longest format of the game.

He was last seen in action during India's two-Test series against New Zealand earlier this year.

He would have been in action for the Chennai Super Kings (CSK) in the IPL had the tournament commenced from March 29.

However, the IPL has been postponed indefinitely due to the coronavirus pandemic.