In a media release, the BCCI stated that Bhuvneshwar complained of pain in his right groin after the final T20I on Wednesday evening which India won by 67 runs at the Wankhede in Mumbai.
IANS 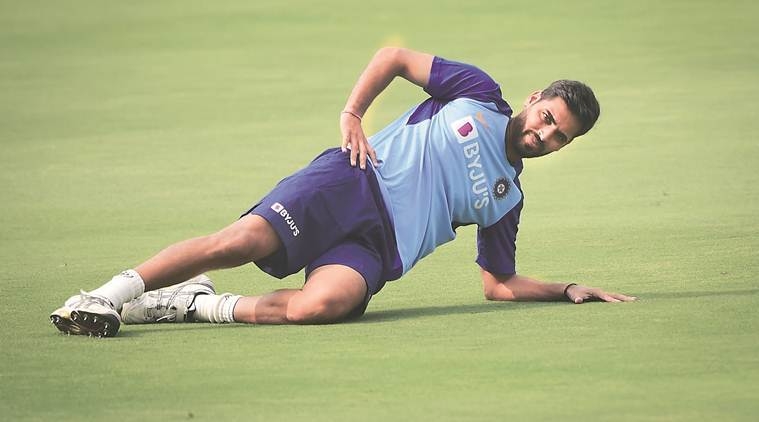 Right-arm pacer Bhuvneshwar Kumar has been ruled out of the three-match ODI series against West Indies beginning on Sunday due to a groin injury. Shardul Thakur has been named as his replacement.

In a media release, the BCCI stated that Bhuvneshwar complained of pain in his right groin after the final T20I on Wednesday evening which India won by 67 runs at the Wankhede in Mumbai.

"He underwent an ultrasound scan conducted by a specialist and the BCCI medical team found that his sportsman's hernia symptoms have resurfaced," stated the release.

"A specialist opinion will now be sought, and his management plan will be decided accordingly."

"The physios are taking a call. They would give a press release later in the evening after the assessments," he added.

Thakur, who has replaced Bhuvneshwar, last played an ODI during the Asia Cup in September 2018, following which he played his first and only Test against West Indies this October.

Bhuvneshwar has become the second player after Shikhar Dhawan to be ruled out of the West Indies ODI series. Dhawan, who hurt his knee during the Syed Mushtaq Ali Trophy recently, was replaced by Sanju Samson for the T20I series, while Mayank Agarwal has taken his place in the ODIs.

Bhuvneshwar has been struggling with injuries since the 2018 edition of the Indian Premier League (IPL).

He had struggled in India's tour of England missing T20Is and ODIs before eventually returning home midway during the five-Test series after his back injury resurfaced.

The 29-year-old also struggled with hamstring injuries at World Cup 2019 as well. During the World Cup, he had to limp out of the marquee contest against Pakistan in Manchester with a hamstring strain after bowling just 2.4 overs. He made a comeback in the semi-finals, but then missed the home series against South Africa and Bangladesh recently.