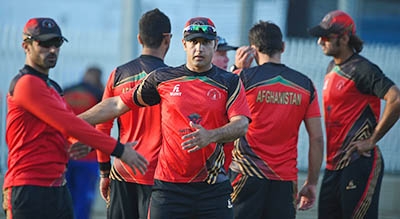 Sydney : Afghanistan will look to follow the lead of Bangladesh when they face England in their World Cup finale in Sydney today.

Bangladesh’s 15-run win over England in Adelaide on Monday saw them go through to the quarter-finals and knock out Eoin Morgan’s men.

Afghanistan are equally keen to finish with a flourish and coach Andy Moles said Bangladesh had shown them the way.

“It looked to me a classic match where the occasion got to England,” said Moles of a match where skipper Morgan was out for his fifth duck in 11 one-day international innings.

“They could play that game 10 times and poor Eoin would not get out in that position.

“It was a good plan to set him up but any other day it goes for six. When things don’t go your way it seems to be a perfect storm,” the 54-year-old Englishman added. “It all came together on the day and unfortunately it was a bitter result for England.”

Moles, a former opener with county side Warwickshire, said Afghanistan had studied Monday’s match in detail.

“We’ve got the tapes. We know the areas. The Bangladeshis did what we’ve tried to do which is bowl in channels and build up pressure, field well and take your half chances.

“With the bat, you need someone to bat through. It’s not a state secret.”—PTI