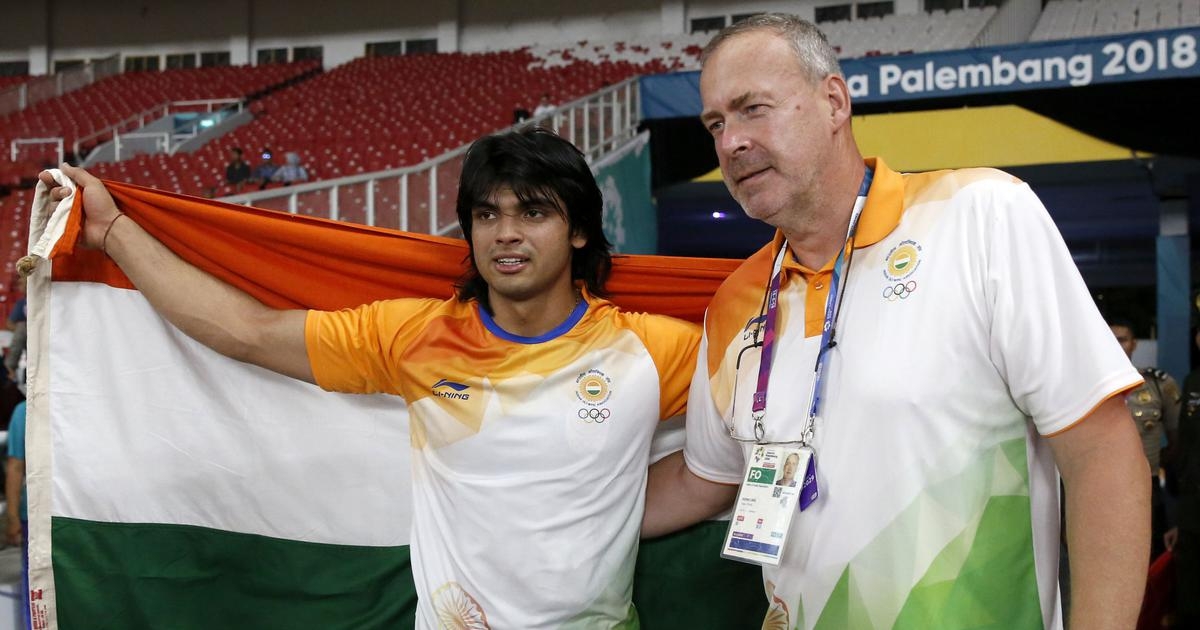 Olympic champion Neeraj Chopra will continue to train with his German coach Klaus Bartonietz, whose contract has been extended till the 2024 Paris Games, the Athletics Federation of India (AFI) confirmed on Sunday.

After winning the historic Olympic gold in Tokyo, javelin thrower Chopra had expressed desire to continue to train with the German bio-mechanical expert.

Bartonietz took charge as Chopra's coach from compatriot and former world record holder javelin thrower Uwe Hohn during the youngster's rehabilitation and recovery process after an elbow surgery in 2018.

The AFI also said that the 400m coach Galina Bukharina will also remain at the helm of affairs till the end of this year's Asian Games in Hangzhou, China.

The AFI had recently presented the Annual Calendar for Training and Competition to the Sports Ministry.