City defender Vincent Kompany out for four weeks with injury 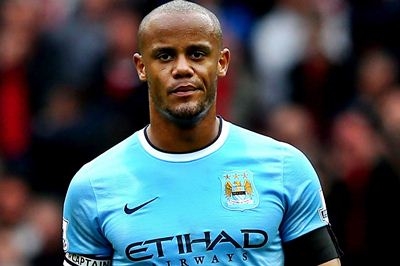 Manchester: Manchester City head coach Manuel Pellegrini has confirmed that defender Vincent Kompany will be sidelined for three-to-four weeks with a calf injury.

The Belgium international returned to action after an injury lay off on Boxing Day in Manchester City’s 4-1 over Sunderland but he limped off the ground minutes after coming on.

“Vincent has an injury, a second degree tear of the calf. We will see how long he will be out, but I don’t think it will be less than three-four weeks,” Pellegrini was quoted as saying by goal.com on Wednesday.

“I am not a doctor, but with a muscle injury, it will be very difficult for him to be back in less than four weeks.”

Owing to the injuries, the 29-year-old has missed 10 English football league games and City have not kept a clean sheet in any of it except the goalless draw against Leicester City on Tuesday night.