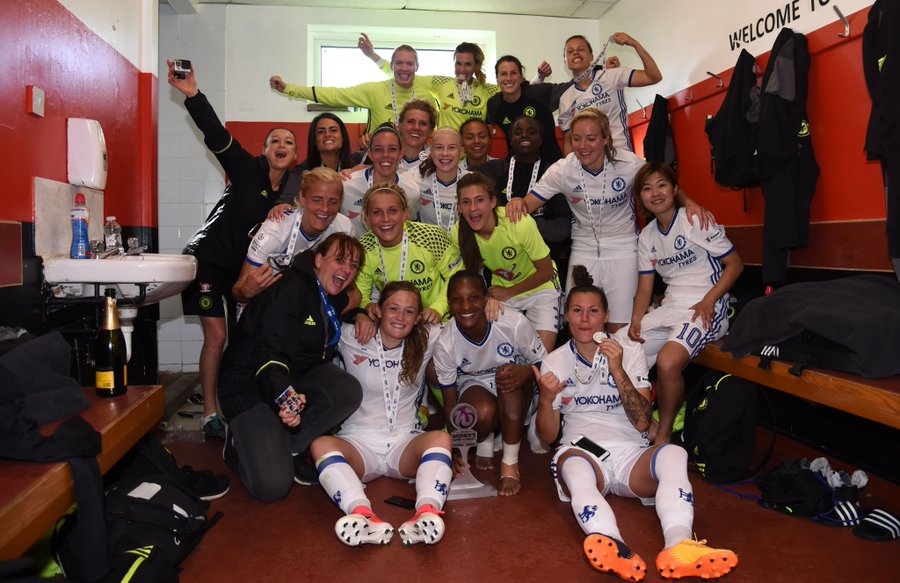 Chelsea were crowned champions of the Women's Super League, and Aston Villa were declared winners of the Women's Championship by England's Football Association (FA) on Friday after the season ended due to the coronavirus pandemic.

"The FA Board has reached a majority decision to decide the 2019-20 FA Women's Super League and FA Women's Championship on a basic point-per-game basis, with promotion and relegation determined on sporting merit," the FA said in a statement.

The champions overtook Manchester City on a points-per-game record, following the termination of the 2019/20 season last month due to the pandemic.

The Blues were in second place but with one game in hand over Manchester City who were a point ahead when it was decided the league is to finish prematurely.

Both, Chelsea and Manchester City will be nominated as the two English clubs to qualify for the 2020/21 UEFA Women's Champions League competition, having finished in the top two places of the 2019/20 Women's Super League season.

"As the 2019-20 results were expunged between Tier 3 to Tier 7 of the women's pyramid, there will be no relegation or promotion between the FA Women's Championship and Tier 3 this season," the FA added.