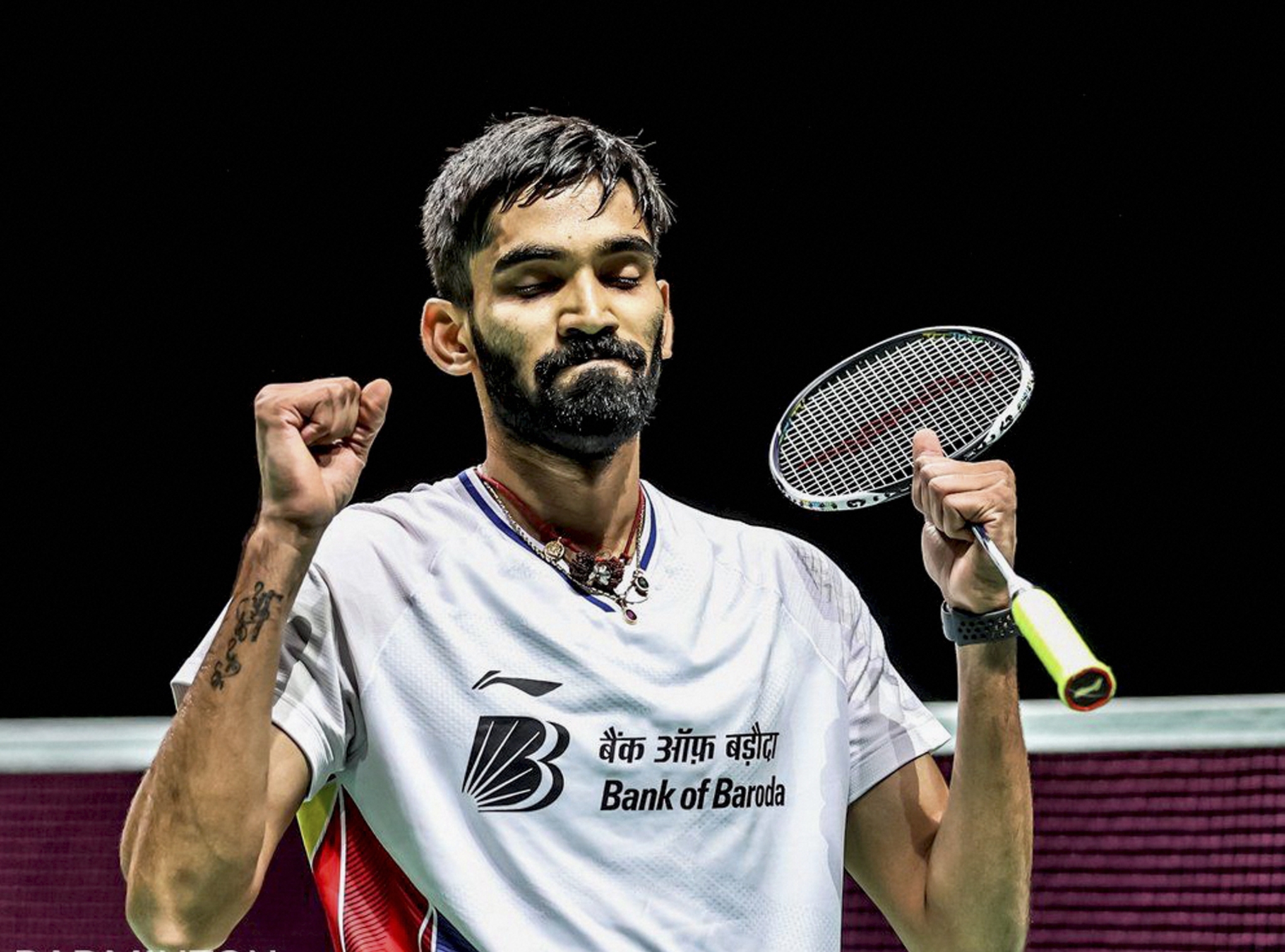 Kidambi Srikanth exults after a win in the Badminton World Championship in Huelva. | Photo: PTI

Kidambi Srikanth of India went down fighting to Singapore's Loh Kean Yew to clinch silver in the final of the Badminton World Championships in Huelva on Sunday. Srikanth went down 15-21, 20-22 to become the first Indian to win silver in the competition.

Former world number one Srikanth lost the first game after leading 9-3, as his opponent from Singapore staged a fine comeback.

The Indian lost the first game in just 16 minutes.

Srikanth fought better in the second game but Yew was too good on the day, emerging the winner.

The 24-year-old Yew stunned world number one and reigning Olympic champion Viktor Axelsen in the first round of the men's singles event at the prestigious championship.

Nevertheless, Srikanth still etched his name in the history books by becoming the first Indian man to reach the finals of the championships after his come-from-behind win over compatriot Lakshya Sen on Saturday.