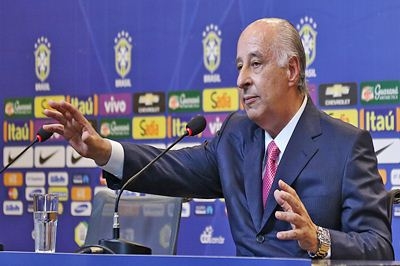 The 74-year-old will be replaced on an interim basis by Marcus Antonio Vicente. Del Nero was among 16 people charged on Thursday as US investigators stepped up their probe into graft in football, reports Xinhua.

Former CBF president Ricardo Teixeira and a host of other top Latin American officials were also among those indicted by the US Justice Department statement.

Investigators have accused the defendants of participating in bribery and kickback schemes for deals involving media and marketing rights.

Both del Nero and Teixeira, who was once the son-in-law of long time FIFA president Joao Havelange, are former executive committee members of world football governing body FIFA.

Both were charged with accepting millions of dollars in bribes and are awaiting extradition to the US. The hotel was also the scene of a police raid in May that resulted in the arrest of seven FIFA officials.

US Attorney General Loretta Lynch said in the indictment that the scale of betrayal shown by the defendants was “outrageous” and “unconscionable”.

“The message from this announcement should be clear to every culpable individual who remains in the shadows, hoping to evade our investigation: you will not wait us out; you will not escape our focus,” Lynch said.

The ongoing corruption allegations have shaken FIFA to its core> It’s a multi-billion-dollar entity that has faced accusations of bribery for decades.

In June, FIFA president Sepp Blatter announced he would resign, just days after he was re-elected to a fifth term.

Blatter has since been suspended by an internal ethics committee as has FIFA secretary general Jerome Valcke and European football chief Michel Platini. All have denied any wrongdoing.