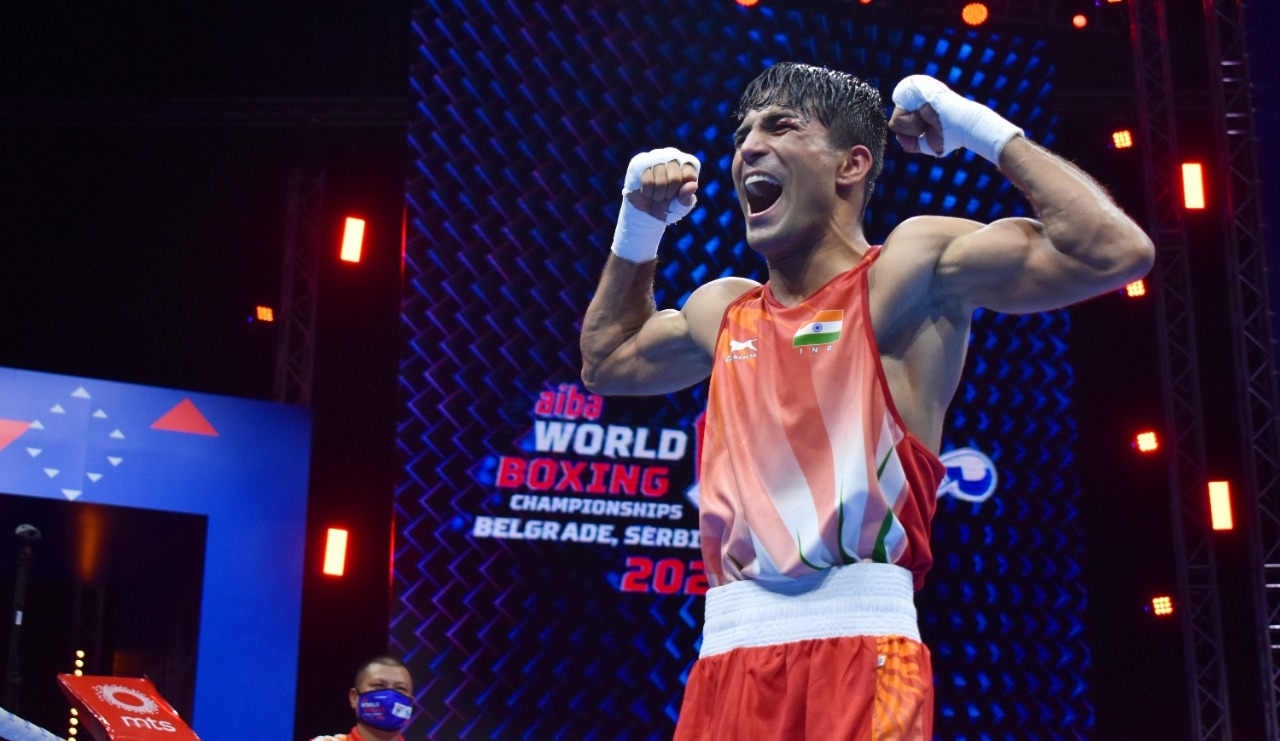 Akash (21), who hails from Bhiwani, started fearlessly and dominated throughout the bout. With nimble footwork, long reach, accurate punching and terrific speed, he counter-attacked relentlessly in the initial rounds.

His opponent tried to assert himself in the final round, but Akash stayed out of his range, evaded punches, and moved around the ring confidently.

“Our strategy was to be on an attacking mode to win the first round, and then in the next rounds, the aim was to counter-attack and keep the flurry of punches,” Akash said.

Dedicating the win to his mother, who died before the Championships began, and to his father, who passed away in 2010, he said, “This medal means the world to me. I want to dedicate it to my parents. This is my first big tournament and I am extremely proud and emotional. I want to give absolutely everything to bring home the gold medal. I want to thank all my coaches and support staff who have helped me reach here.”

Akash will take on Makhmud Sabyrkhan of Kazakhstan in the semi-final on Thursday.

With this win, Akash has confirmed at least a bronze on World Championships’ debut. He has become the 7th Indian male boxer to win a medal in this tournament.

Five-time Asian Champion Shiva Thapa (63.5 kg) will be up against Turkey’s Kerem Oezmen in the quarter-finals. He is one win away from becoming the first Indian male boxer to claim two World Championships medals.

The 2021 Asian Champion, Sanjeet (92kg), a quarter-finalist at the 2019 World Championships, will square off against Italy’s Aziz Abbes Mouhiidine.