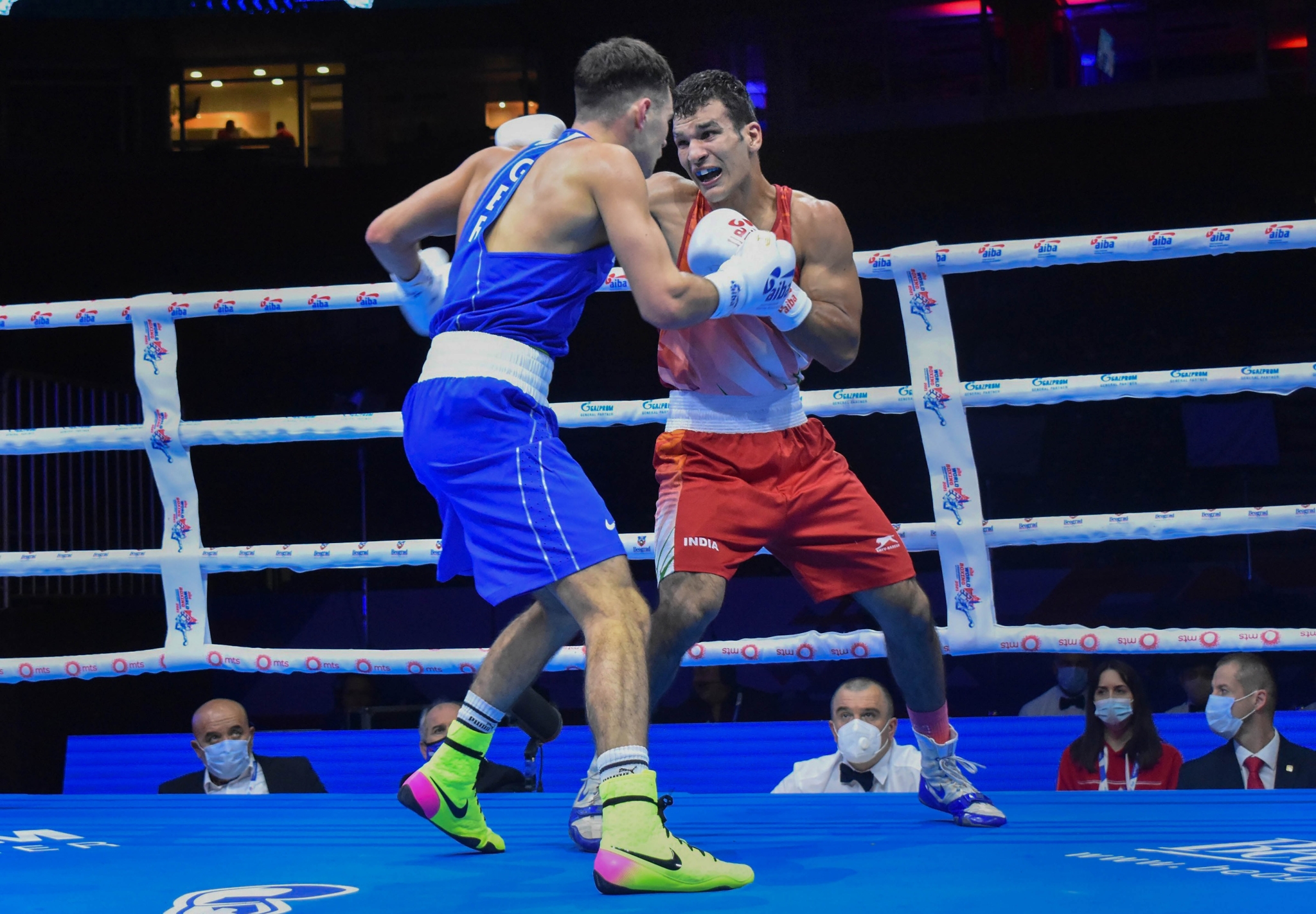 Indian boxers Akash Kumar (54kg) and Narender Berwal (+92kg) advanced to the quarterfinals of the AIBA Men's World Championships in Belgrade on Sunday, notching up contrasting but exhilarating victories against their respective opponents.

While Akash staved off a stiff challenge from Puerto Rico's Caleb Tirado to clinch it 5-0, Narender pummelled a heavily distracted and mostly sluggish Jakhon Qurbonov of Tajikistan, stopping him in the second round itself.

Akash, who received a walkover in the last round, was up against a sprightly Tirado and he did trouble the Indian with his close-range game.

However, Akash stuck to hitting straight and clean, a tactic which found favour with the judges. The Puerto Rican also endured a point's deduction in the second round after he picked up a warning for failing to keep his head up.

Akash will square off against Rio Olympics silver-medallist Yoel Finol.

Finol had originally won a bronze in Rio but he was elevated after the original silver-winner, Russian Misha Aloian, was disqualified for doping.

Narender was all pumped up in his bout against Qurbonov, pounding him with terrific body shots that left the Tajik desperate for breather in the opening three minutes itself.

Qurbonov was scurrying for cover for most of the bout and the referee put an end to his misery about a minute into the second round following a standing eight count.

Later in the evening, Nishant Dev (71kg) will be up against Mexico's Alvarez Verde in the last-16 round.

Altogether 10 Indian boxers have made the pre-quarters. Of these, Govind Sahani (48kg) was ousted on Saturday.

The gold winners at the showpiece will walk away with a prize money of USD 100,000.

The silver medallists are to be given USD 50,000, and both bronze-medallists will be awarded USD 25,000 each. The total prize purse stands at a whopping USD 2.6 million.